You may want to consider becoming a vegetarian.

Everyone knows that certain obvious things like smoking and drinking are linked to cancer. But there are plenty of other habits linked to the disease that you'd never expect, as well. (Um… Downing supplements, anyone?!)

[For more ways to live your best life, learn about the 20 Best Generic Products From Walmart.]

With that in mind, here are 20 surprising habits that can increase your cancer risk. So read on, and steer clear. And for more in-depth coverage of the dreaded C-word, see here to learn about The 15 Most Common Types of Cancer.

1
Watching Too Much TV

After a long day at work, there's no better feeling than sitting back and relaxing with some TV, but too much of the good stuff can actually hurt you. Researchers at the International Agency for Research on Cancer found that watching four or more hours of TV per day increased the risk of developing colon cancer by 35 percent in men. Instead of sitting around by the TV, Dr. Murphy recommends getting some exercise for the opposite effect. Ready to get off the couch? Here's The Best Quickie Workout You Can Do in Your Bathroom.

2
Taking Too Many Supplements 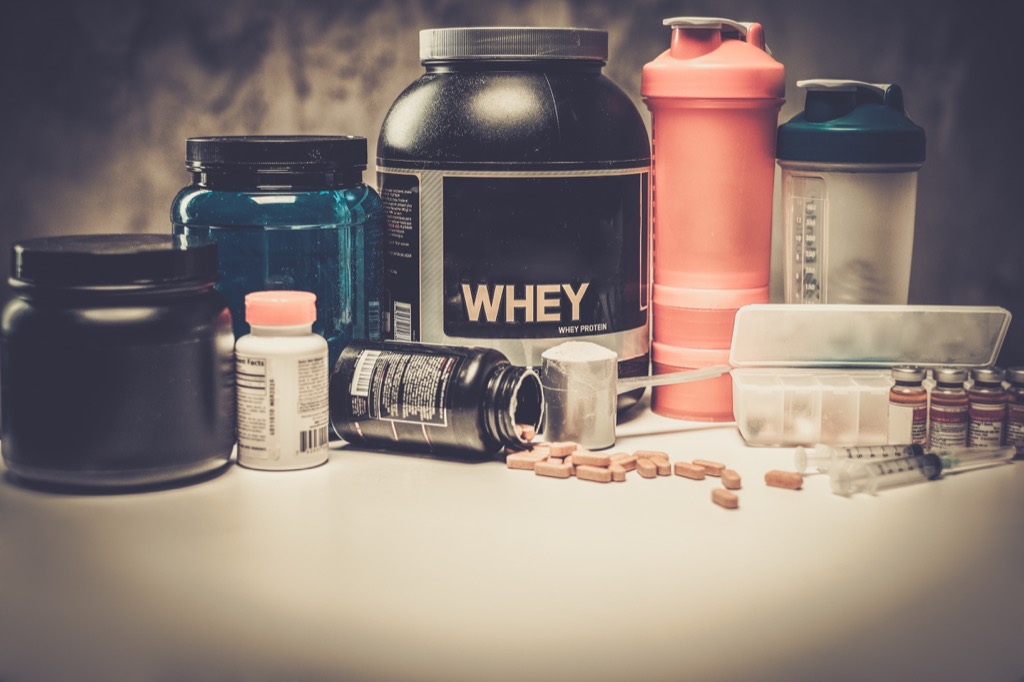 For some folks, this one's a tough pill to swallow (pun intended). Though supplements are intended to keep us healthy, taking too many can actually increase our cancer risk, according to a study from the University of Colorado Cancer Center. In one trial, taking more than the recommended amount of beta carotene supplements increased lung cancer risk by 20 percent. The study authors recommend taking no more than 100 to 250 percent of the Dietary Reference Intake.

Vegetarians rejoice! British researchers found that eating more than 9 grams of processed meats per day—or just two sausages per week—is enough to increase the risk of breast cancer by more than 20 percent. Processed meats includes everything from bacon and hot dogs to salami and sausages—basically anything you'd find at a baseball game. And for more great health advice, don't miss the 20 Wackiest Weight Loss Tips from Around the World.

Because nothing good can last, scientists have recently discovered a link between cheese and breast cancer risk. According to the study, consuming a higher intake of cheese—especially cheddar and cream—increases breast cancer risk by a staggering 53 percent. Sigh.

Many women enjoy experimenting with new colors in their locks, but these hair habits may be harming their health. A study published in the International Journal of Cancer Research and Treatment concluded that women who dye their hair have an 18.8 percent increased chance of developing breast cancer. Thankfully, there is a solution: Study author Professor Kefah Mokbel wrote on Twitter that women should be safe if they dye their hair no more than 6 times a year and stick with natural dyes that contain ingredients like beetroot and henna.

6
Your Dependence on Beach Umbrellas

Sitting under the shade of an umbrella isn't enough to protect you from the sun. A study published in JAMA Dermatology found that people who relied on an umbrella to protect them from the sun had over 7 times more sunburns on their body than those who wore sunscreen. And as we well know, more sunburns = greater risk for skin cancer.ae0fcc31ae342fd3a1346ebb1f342fcb

Dentists love to hound us for not brushing our teeth enough, but we may now actually have an excuse to put down the toothpaste. A study published in Scientific Reports found that a common additive in toothpaste known as titanium dioxide caused cancerous growths in 40 percent of rats who ingested. Titanium dioxide is also found in sunscreen, cosmetics, and even some sweets.

8
Eating Too Much Rice 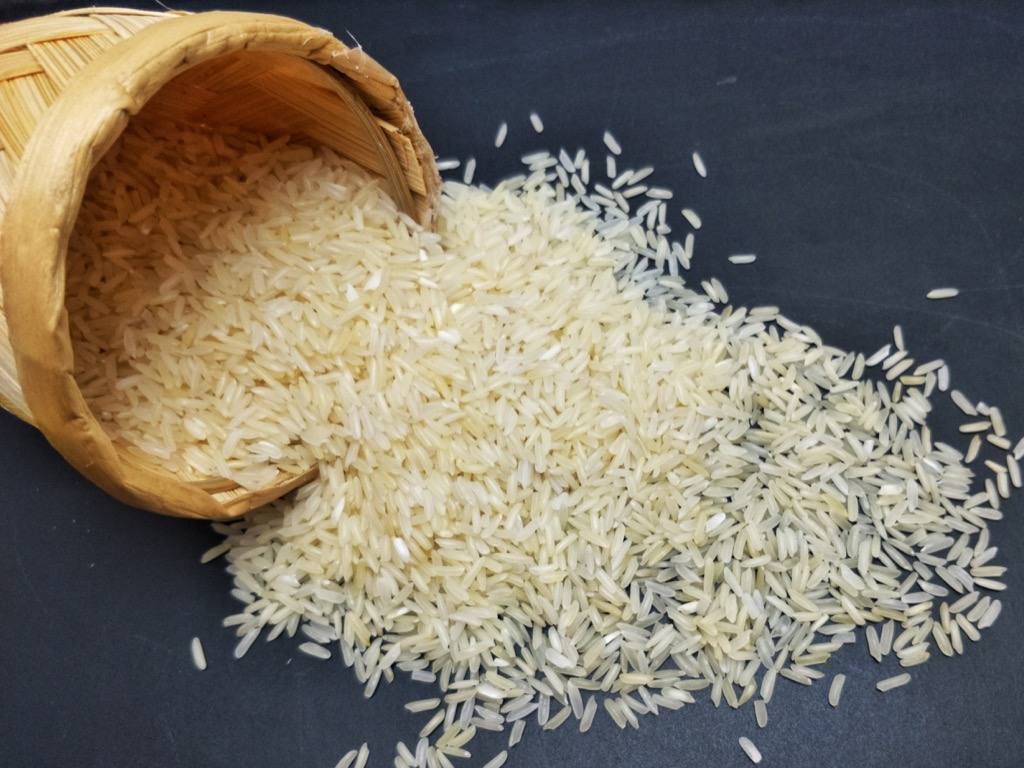 "Rice… is a leading dietary source of inorganic arsenic, both because of how commonly it's consumed and because as rice plants grow, the plant and grain tend to absorb arsenic more readily than other food crops," the FDA reports. Overconsumption of the grain exposes the body to high levels of arsenic, which can lead to skin, bladder, and lung cancers.

9
Living In The Mountains 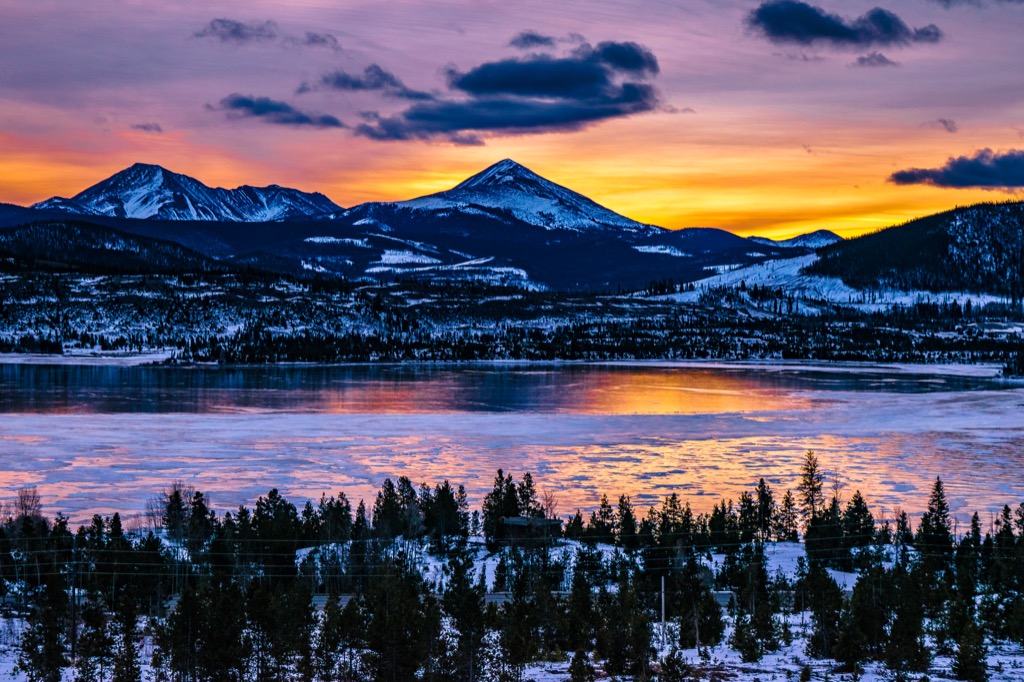 The Colorado mountains are a beautiful place to live, but choosing them as your home base also puts you at a greater risk for developing skin cancer. "Most people assume your skin cancer risk only goes up the closer you get to the equator, but higher elevations are dangerous, too," Dr. Bruce Robinson told Prevention. Living at a higher elevation exposes you to more UV radiation, plus the thinner air doesn't absorb the waves as efficiently.

10
Being a Frequent Flyer 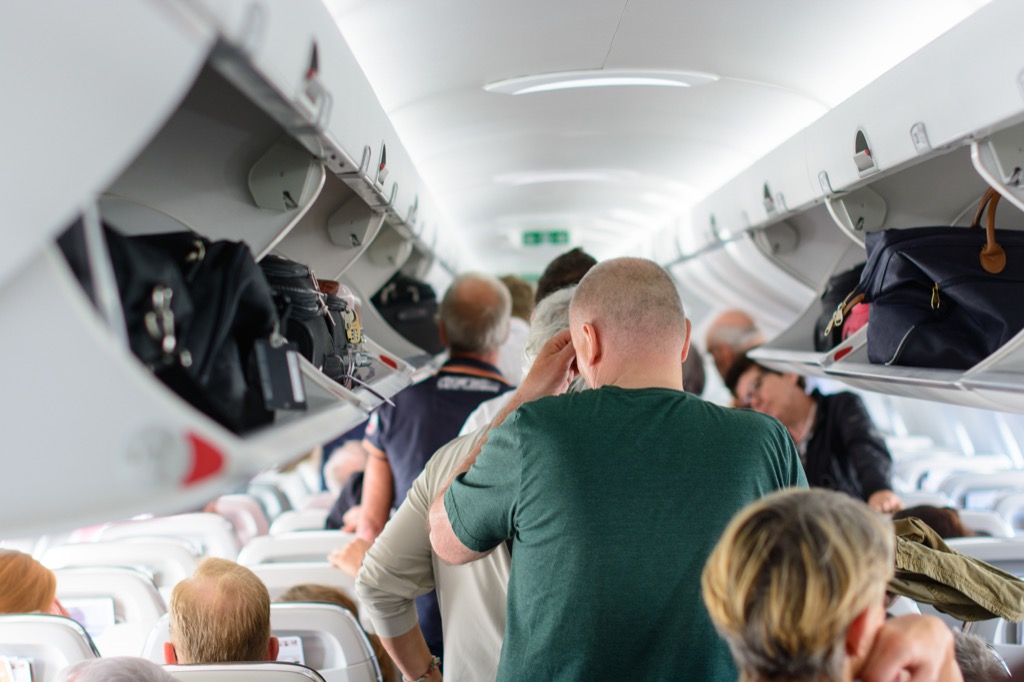 Pilots and flight attendants are twice as likely to get melanoma compared to the average human, says a study out of the University of California, San Francisco. That's because flying at high altitudes exposes frequent flyers to greater UV radiation—even though they're inside an aircraft. In fact, at 30,000 feet, the UV level is twice that of that on the ground. Doctors suggest wearing sunscreen while flying to provide protection from the stronger rays.

Vaginal douching is a cleaning method used by women to wash the vagina, usually involving a mixture of water and vinegar. However, one study found that douching doubles a person's risk for developing ovarian cancer, while virtually no health benefits to the process are known. 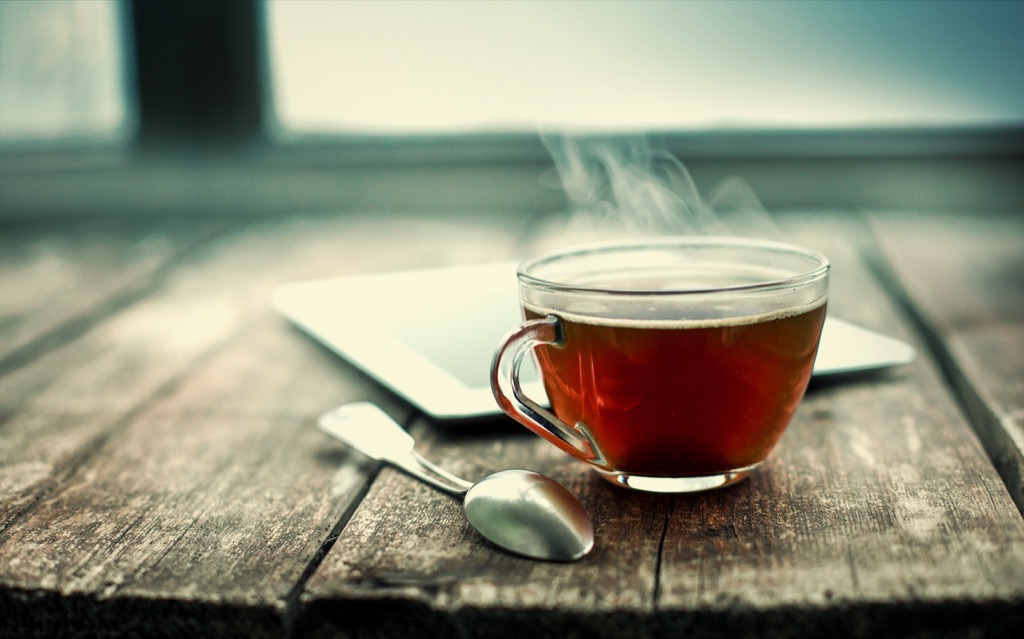 The next time you go to a cookout, consider asking for your meat slightly on the rarer side. According to the National Cancer Institute, cooking meat at high temperatures can form chemicals known as HCAs and PAHs that are linked to cancer. If you want to play it super safe, ditch the meat altogether for a veggie burger with slaw. 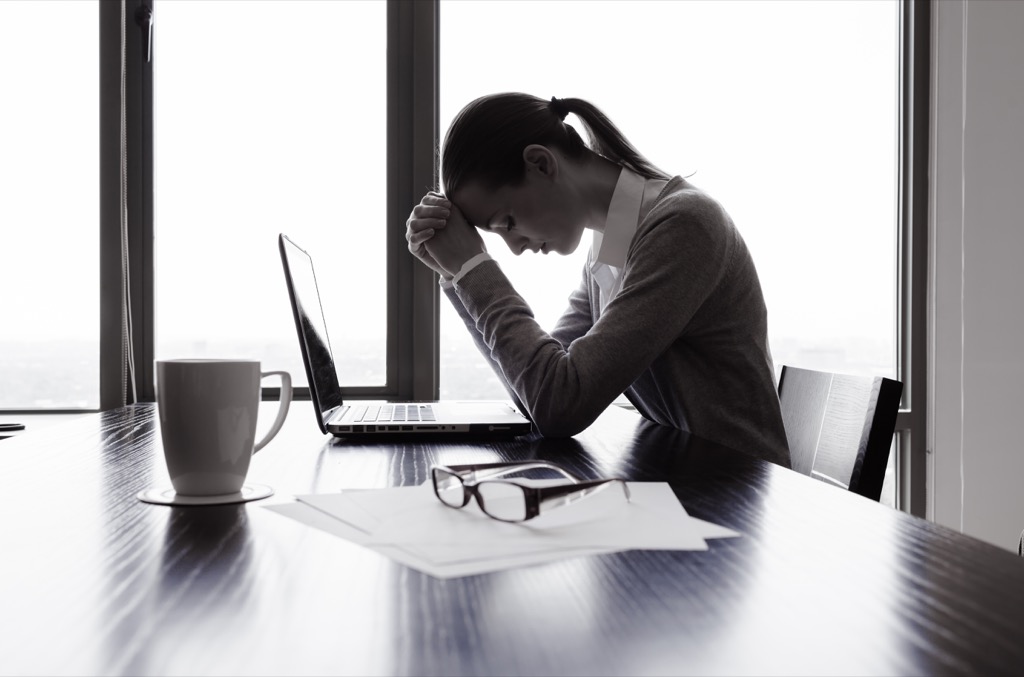 Don't worry, workaholics: being stressed can't give you cancer directly. But chronically overworked and overstressed individuals are more prone to overeating, skipping the gym, and picking up bad habits like smoking and drinking, which can all increase your cancer risk.

15
Not Getting Enough Sleep

Sleep is vital for our bodies to function, and not getting enough of it can lead to cancer down the road. A study published in Current Biology revealed that women with irregular sleeping patterns who were at risk for breast cancer developed the disease 5 years earlier than their well-rested counterparts. Sleeping well is important, so check out these 10 Tips for Your Best Sleep Ever.

In 2015, the World Health Organization (WHO) announced that glyphosate, the active ingredient in popular weed killers and other herbicides, can "probably" cause cancer. Gardeners aren't the only ones at risk, either; the chemical has been detected in everything from our water supply to the air surrounding large farms. 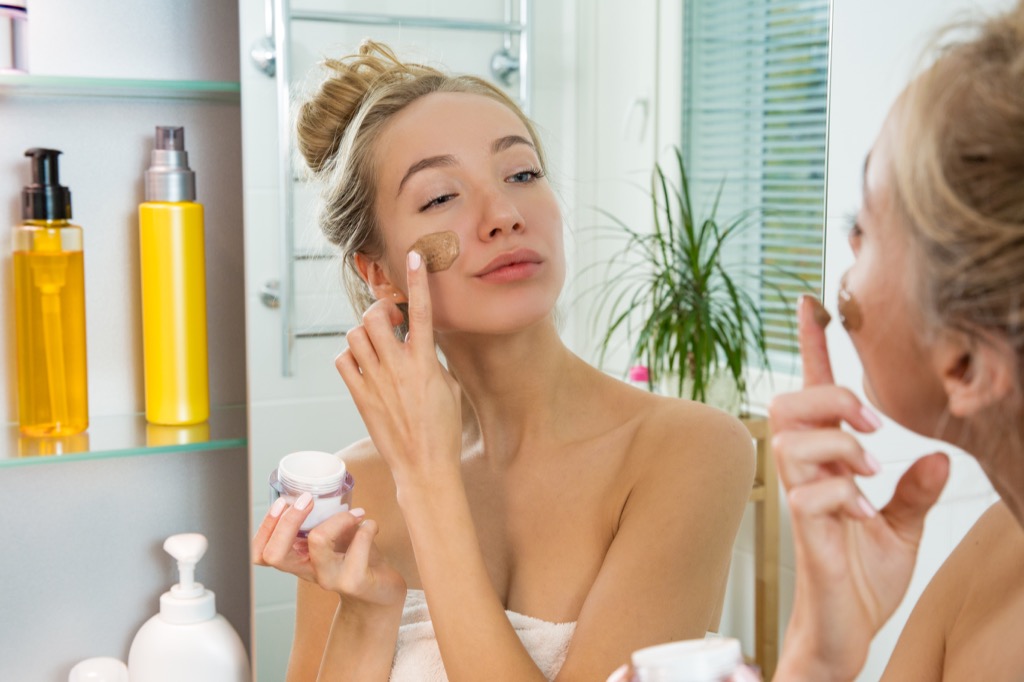 Many beauty products—including makeup, moisturizers, and hair products—contain parabens, chemicals that seep into the skin and trigger the growth of breast cancer. The Environmental Working Group (EWG) gives cosmetics a hazard score based on how cancerous their ingredients are, and you can use their website to find products that won't harm your body.

Nothing sets the mood for a relaxing day quite like a cup of tea and some scented candles. Unfortunately, our favorite odorous product emits harmful chemicals like benzene and toluene, and the EPA warns that breathing them in can lead to cancer in the long-run.

19
Sitting at a Desk All Day

Everyone is well aware by now that exercise is good for the body and mind. What people might not realize, however, is that just by living a sedentary lifestyle, they are 66 percent more likely to develop certain types of cancer than those who are out and about, according to a study published in the Journal of the National Cancer Institute. In other words, even people who work out for 30 minutes every day are more at risk for cancer if they spend the rest of their day sitting at a desk. 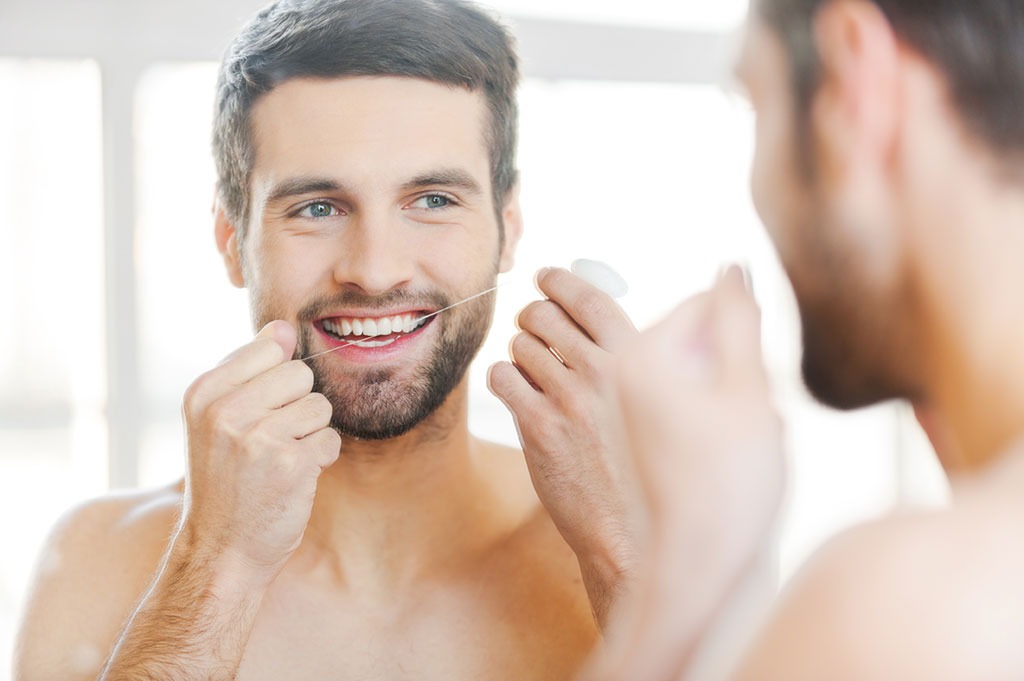 Flossing might take up your precious time and make your gums bleed, but it's worth it in the grand scheme of things. According to a study published in Cancer Research, having gum disease (which you get from not flossing enough) increases your risk of esophageal cancer. The solution here is simple: Make sure you set aside 5 extra minutes every night to floss away the Tannerella forsythia!