Because you need to quit sneezing and start enjoying spring.

HEPA days are here again. And if you're one of the 36 million Americans who sneeze and wheeze because of allergies, you can blame your parents. As an allergy sufferer, you probably carry the dreaded gene IL-13.

A study from the University of Arizona has linked variations of the gene to allergic inflammation, suggesting that carriers are more sensitive to airborne irritants than noncarriers are. The American Academy of Allergy, Asthma, and Immunology calculates that you have a 48 percent chance of suffering from allergies if one of your parents does, and a 70 percent chance if both parents do.

Once you're done making your parents feel guilty, get on with your life by fighting the pollens, dust mites, and other allergens that conspire to keep you indoors. And then celebrate with one of The 5 Best Spring Cocktails to Kick Back With Right Now. 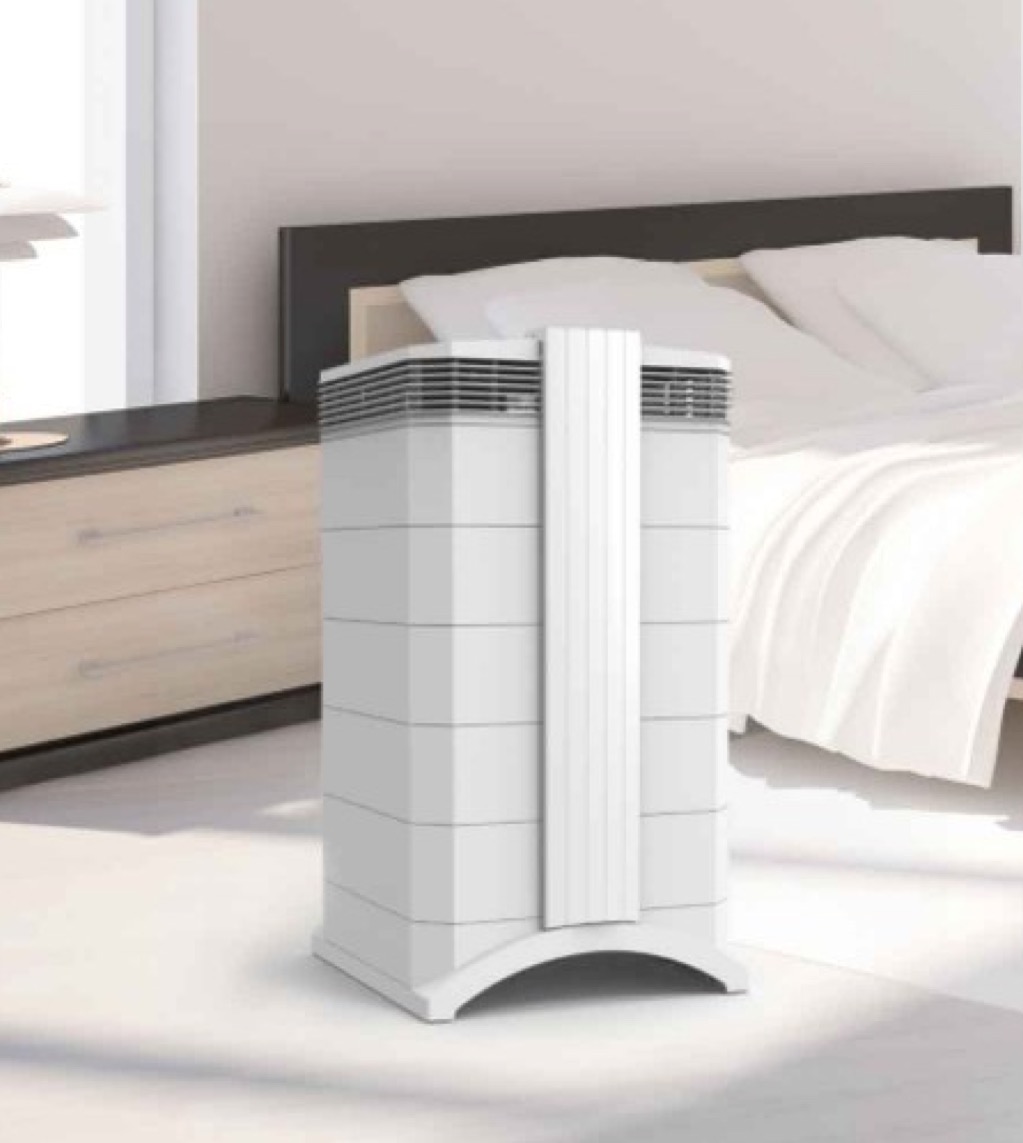 "Your home is the place you have the most control, so make it an allergen-free zone," says Brian Smart, M.D., of the DuPage Medical Group in Glen Ellyn, Illinois. A HEPA (high-efficiency particulate) air filter can help. Our pick: the IQAir HealthPro Plus Air Purifier ($795). Used by Olympic athletes, who can't take drugs, it filters irritants as small as .003 microns. (Buy one here.) Also: keep in mind that a good air purifier is one of The 50 Essential Pieces of Gear for Smart, Stylish Men.

2
Smother mites with a pillow 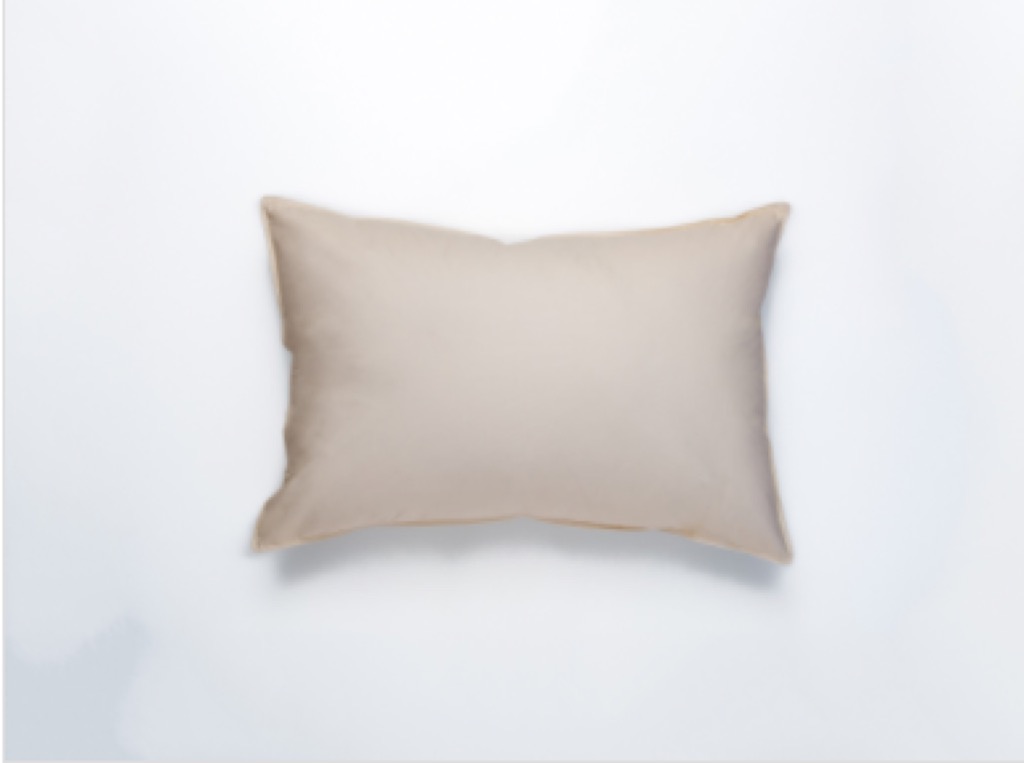 You spend 8 hours with your head just millimeters away from a dust-mite megamall—your pillow. Keep the suckers under wraps with one of the best hypo-allergenic pillows on the market. The Ogallala Hypodown ($122 to $331) is filled with specially cleaned goose down, plus syriaca (milkweed) clusters that stabilize allergens so you won't breathe them in. (Buy one here.)

Vacuuming just gives dust mites a free shuttle to another part of the house, unless you use a machine that's outfitted with a HEPA filter. The Miele Red Velvet S558 ($1,250) is the BMW of HEPA vacuums. Its new emission-control dust bag keeps unfiltered air from leaking out. (Buy one here.) And while you're gearing up for the great outdoors, don't miss our roundup of amazing new luxury bikes. 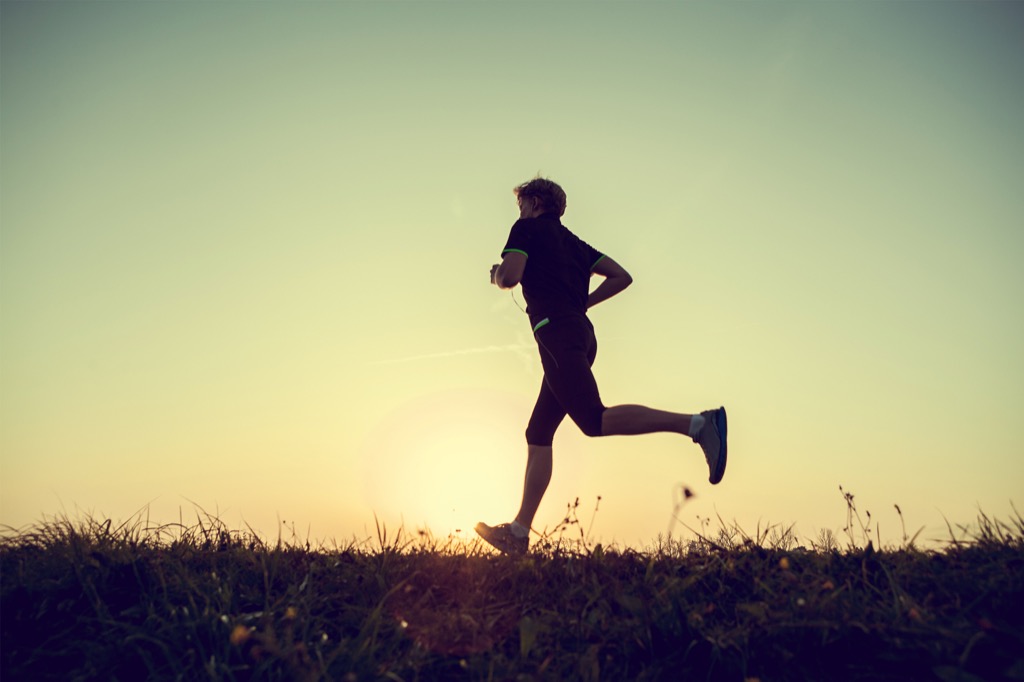 The air is thickest with pollen dust between 5 and 10 a.m. So "wait until early evening, when pollen counts are typically lower, or ideally, exercise indoors on high-pollen days," says Clifford Bassett, M.D., of the Allergy and Asthma Care Center in New York City. Check the pollen count for your neighborhood at The American Academy of Allergy, Asthma and Immunology website. And if you're working out indoors, try one of These 5 Exercises in 10 Minutes That Will Transform Your Body.

"If you have seasonal tree-pollen allergies, a cross-reaction can occur between the proteins in certain fruits and the pollens in the air," says Bassett. Eating apples, hazelnuts, carrots, peaches, cherries, pears, and kiwifruits can increase the severity of congestion, tingling in the mouth, and throat itchiness. If you're allergic to pollen from grass, ragweed, and/or other weeds, avoid bananas, watermelon, cantaloupe, sunflower seeds, chamomile tea, and echinacea, all of which can trigger the same reaction. Speaking of foods to avoid, here are The 40 Unhealthiest Foods if You're Over 40. 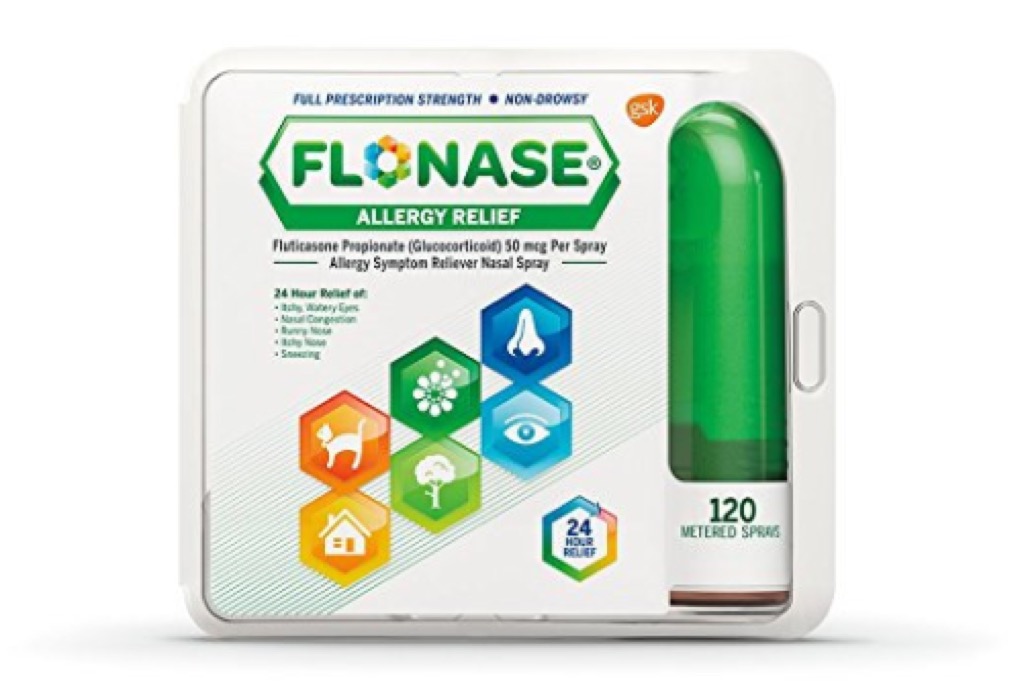 At least 2 weeks before the start of allergy season, use a nasal steroid, suggests Rebecca Gruchalla, Ph.D., an associate professor
of internal medicine at the University of Texas Southwestern Medical Center in Dallas. "Antihistamines treat only histamine, but nasal steroids hit the inflammatory cells as well," she says. Good choices include Nasonex, Nasacort, Rhinocort, and Flonase. (Buy Flonase on Amazon here.)

7
Reach for the antihistamines 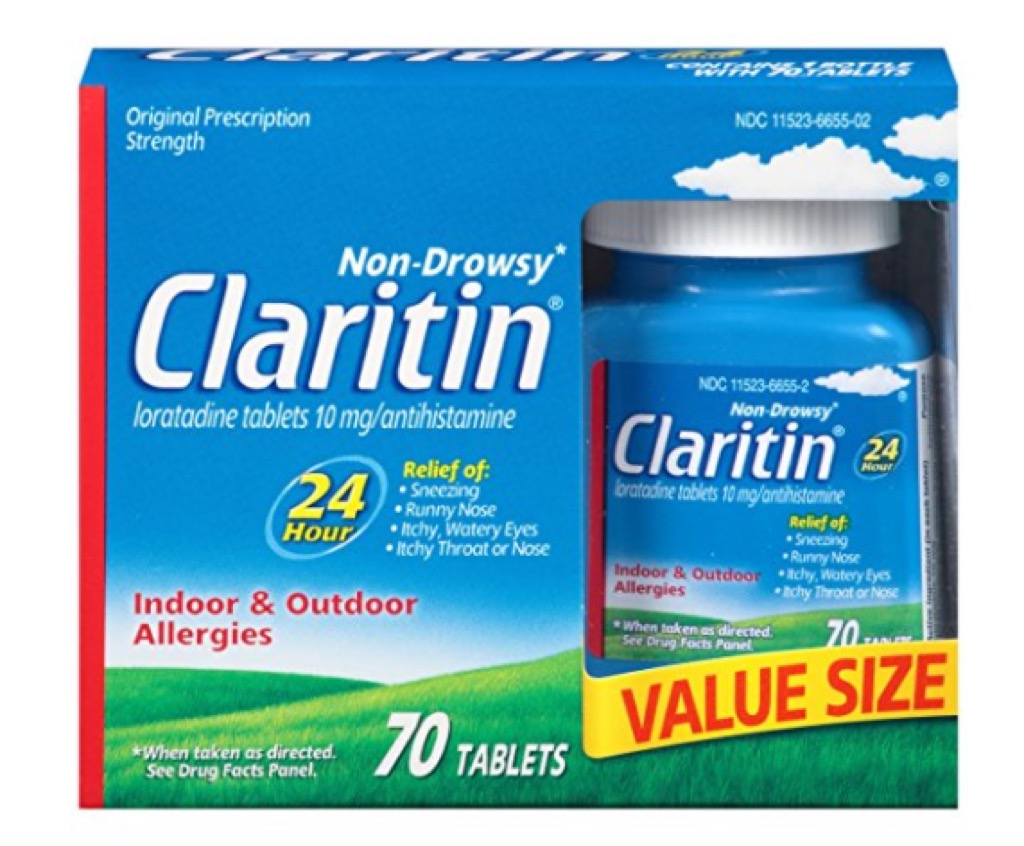 An antihistamine is still the top choice for symptom relief. A study in the Annals of Allergy, Asthma & Immunology demonstrated that the antihistamine Benadryl was 20 percent more effective at treating the itchiness and sneezing caused by hay fever than was any other over-the-counter medicine. If you're concerned that an antihistamine will make you feel sluggish, try Claritin, the most popular OTC medicine that doesn't cause drowsiness. (Buy Claritin on Amazon here.) 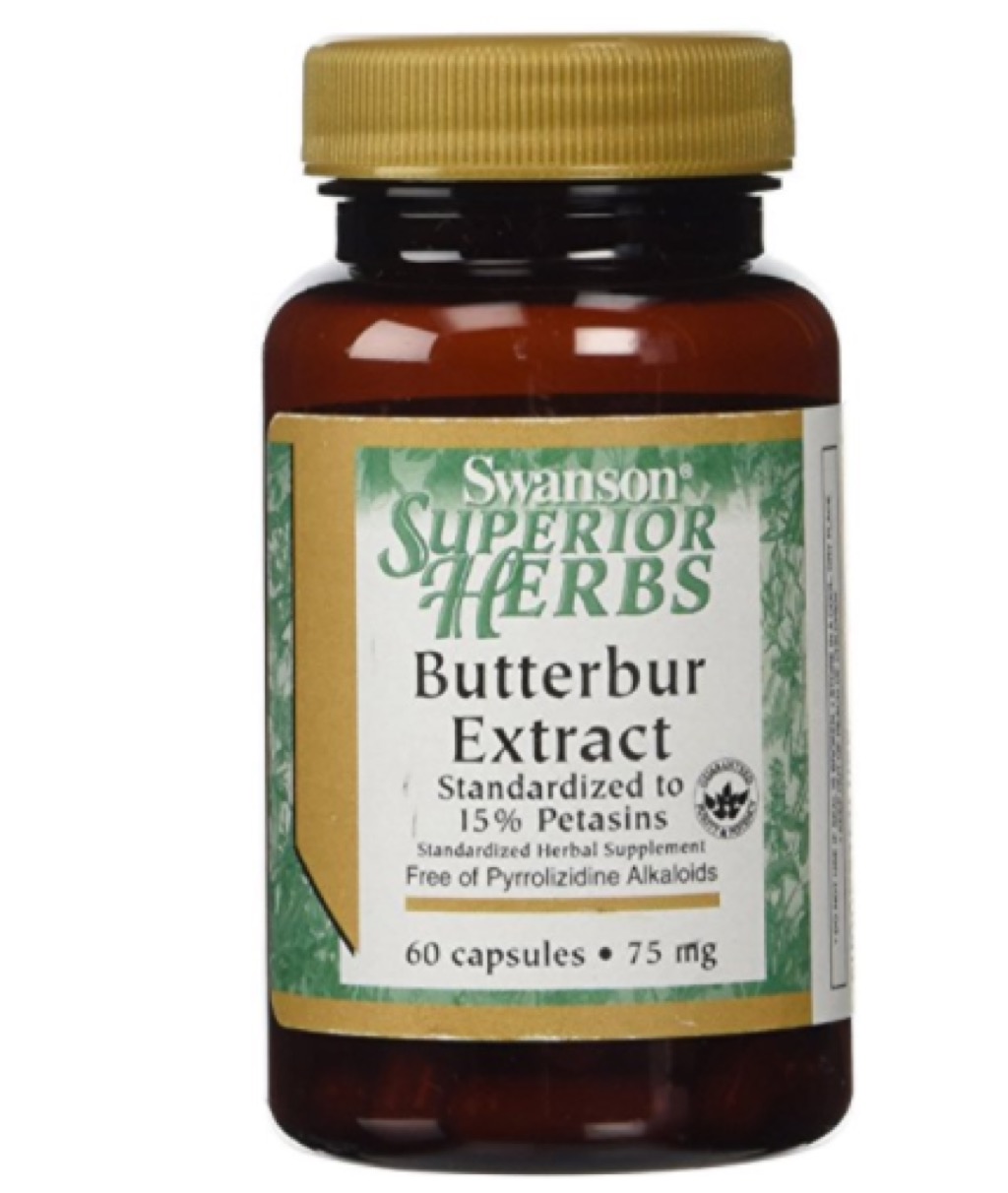 A perennial herb that won't make you sleepy, butterbur is as effective as a prescription drug in relieving symptoms, according to research published in the British Medical Journal. In a study, people who took butterbur for 2 weeks experienced reductions in sneezing, itching, and congestion similar to those in people who took cetrizine (Zyrtec). (Buy Butterbur on Amazon here.) Don't miss these other great supplements you should be taking, as well.

Xolair, a prescription asthma drug, shows promise as an allergy treatment. Recent studies found that it reduced allergic rhinitis by up to 25 percent. "It's like immunotherapy," says Linda Ford, M.D., head of the Asthma and Allergy Center in Papillion, Nebraska. "It basically attaches to allergic antibodies called IgE and binds them up, stopping inflammation before it has the chance to start. Now, once you've gotten your allergies taken care of, Celebrate Spring With These 15 Instagram Goddesses.