20 Genius Tricks to Avoid Getting Bitten by Mosquitos

Enjoy bug-free summer nights thanks to these easy tips.

There's no denying the many wonders of summer: backyard parties, vacations, pitchers of sangria, just to name a few. But there's also no sense in pretending it's all sunshine and roses. There are also bugs to contend with, and one of them flies above all the rest when it comes to summertime pests: the mosquito.

Thanks to Zika and West Nile virus, mosquitos are more than just an annoyance; they can actually be deadly. In fact, in terms of their death toll, mosquitos are the most dangerous creature on Earth, responsible for 725,000 human fatalities every year. Fortunately, it's easy to keep mosquitos away once you're armed with a little knowledge. Start by implementing these 20 genius tricks to avoid getting bitten by mosquitos and you'll be enjoying a bug-free summer before you know it. And if you really want to make the best of the season, check out these 20 Tips for a Less Sweaty Summer. 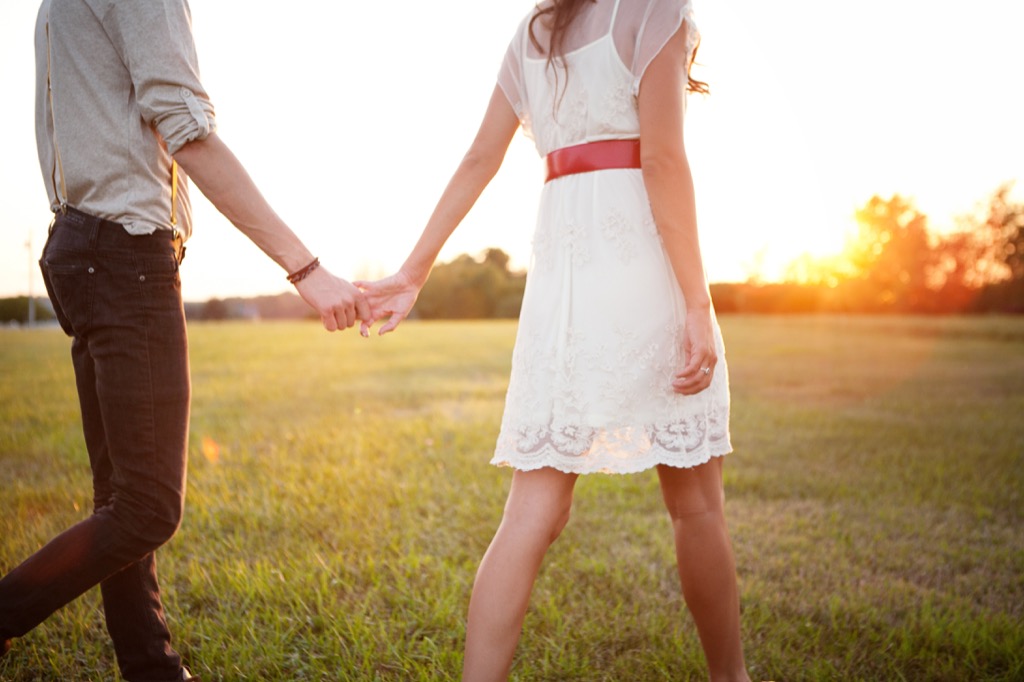 Mosquitos are on the hunt look for things that stand in contrast to the horizon, so dark colors are a visual giveaway to your location. Dark clothing also traps heat, which also attracts mosquitos, so wear your summer whites while you can. And if you want to update your summer wardrobe, check out these 15 Summer Style Essentials Guys Should Buy in Bulk.

There's more than one way your clothes can keep mosquitos away. Permethrin is a spray you can use to make your clothes insect repellent. Once applied, it lasts either six washings or six weeks. However, it should only be applied to clothing—it can cause tingling and irritation if applied directly to your skin. And if healthy skin is a priority for you, learn the 30 Best Ways to Have Your Best Skin. 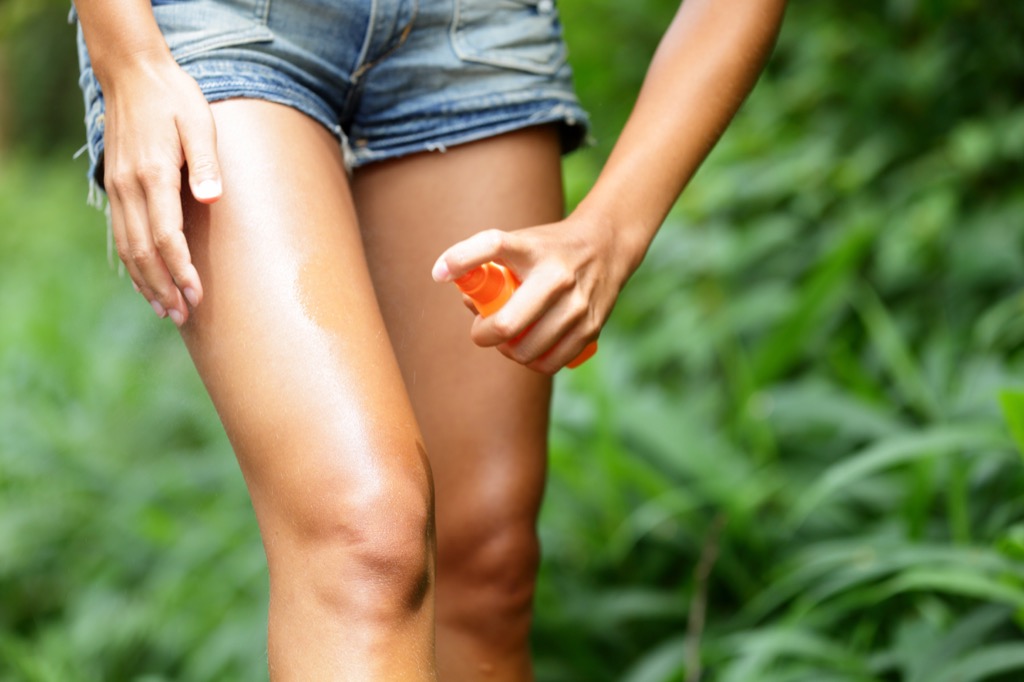 Although the EPA has repeatedly determined that DEET doesn't pose health risks to humans, some people would still prefer to not use it for a variety of reasons. The good news is that picardin, a compound derived from pepper, has been found to be as effective as DEET, according to research published in Tick and Tick-Borne Diseases. As an added plus, it's also odorless and non-greasy. And if you want to make sure you smell your best, discover The 6 Best Foods for Smelling (and Tasting) Like a Million Bucks.

4
Keep Your Shoes On 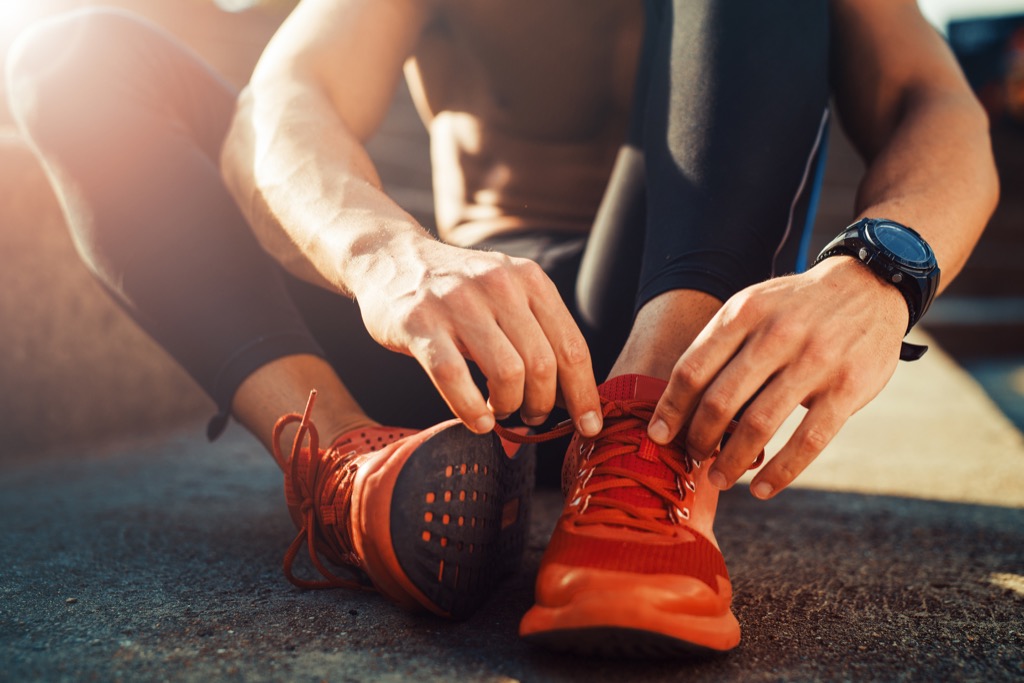 There are certain things about the human body that really entice mosquitos. One of them happens to be foot odor. Research published in Cell found that mosquitos are drawn to skin odor like moths to the flame. If you've ever seen mosquitos swarming a pair of socks left outside to dry, this is why. And if you want to let those toes breathe, discover the 30 Coolest Pairs of Slip-On Shoes for Summer. 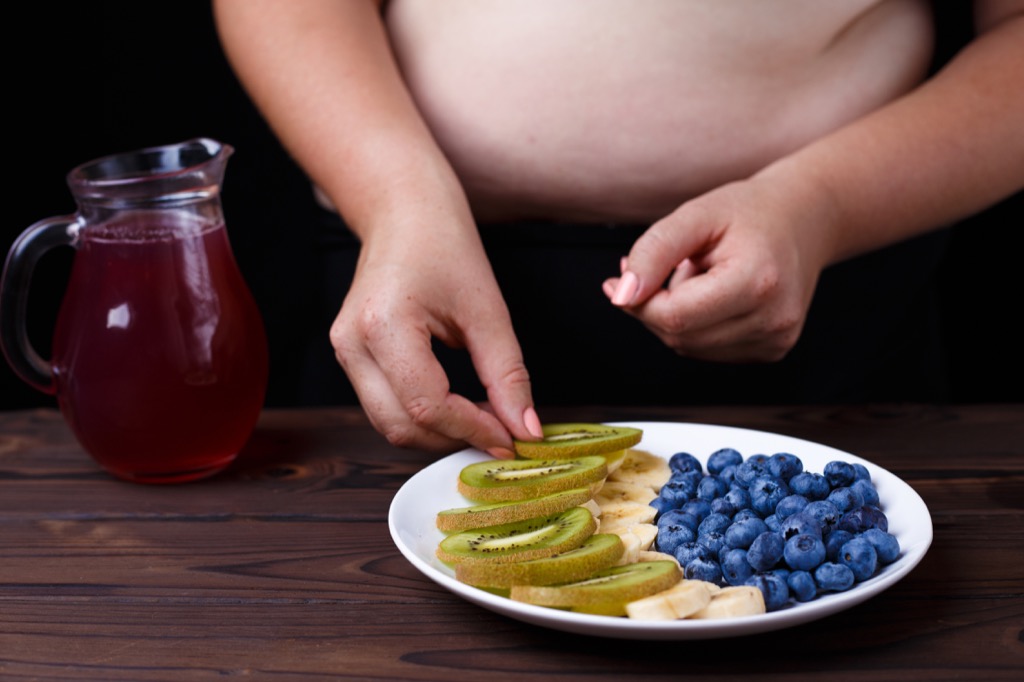 Another thing mosquitos detect when they're looking for their next human meal is carbon dioxide, according to research from Caltech. And people who are overweight create more of the gas we all exhale. Incidentally, the old wives' tale that mosquitos love pregnant women is actually true for the same reason. And if you're thinking it's finally time to shed some pounds, you should know these 40 Weight Loss "Secrets" That Don't Work.

6
Cut Back on Beer

Research published in the Journal of the American Mosquito Control Association found that drinking even one beer made a person more attractive to mosquitos, although the researchers couldn't determine exactly why, so scale back your drinking when summer rolls around. And if the idea of giving up your summer patio beers has got you down, check out The 5 Best Light-Bodied Reds for Extending Your Summer. 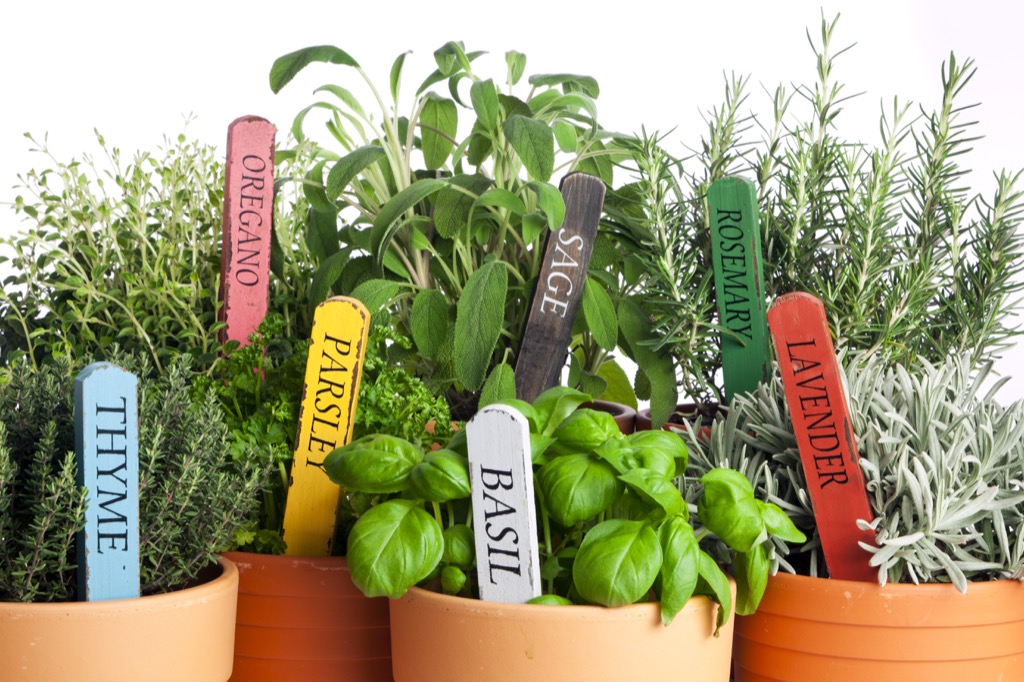 There are several plants you can grow in your backyard that will help stave off mosquitos. Lemon balm, lavender, and mint are all great mosquito repellents, but basil has extra mosquito-fighting power. Research published in the Journal of Asia-Pacific Entomology found that basil is actually toxic to mosquito larvae. And if you're wondering what you could do with all those fresh herbs, learn the 40 Dishes Everyone Over 40 Should Master.

8
Get Rid of the Bug Zapper 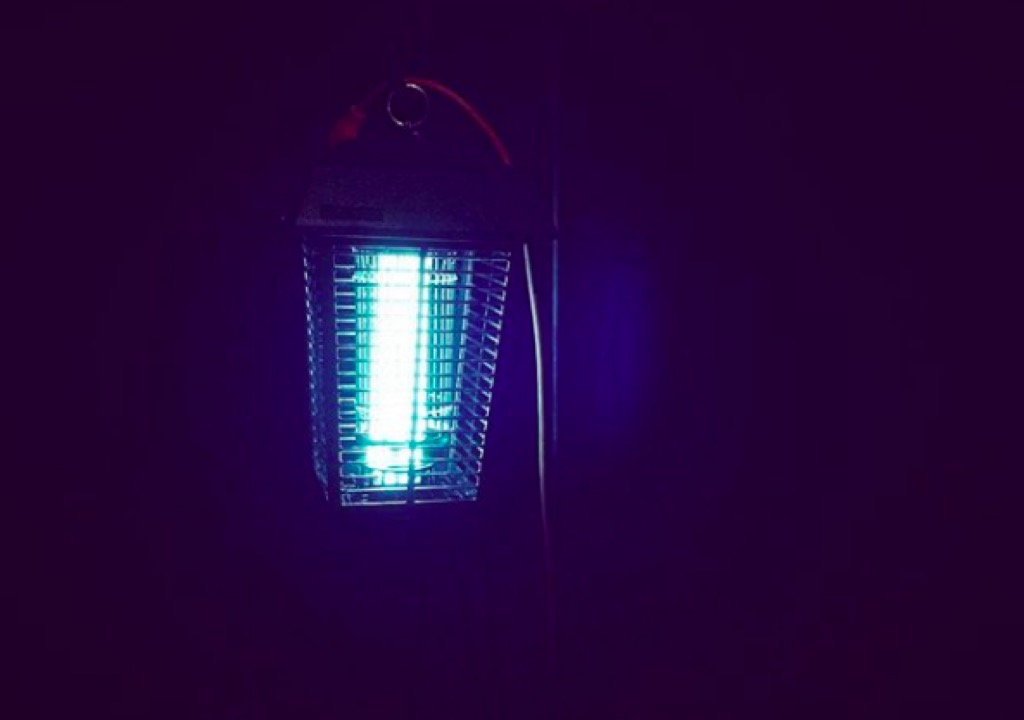 While this might seem counterintuitive at first glance, you need to stop using a bug zapper if you want to ditch those mosquitos for good. Granted, the corpses of insect bodies stuck to the cage and littering the ground beneath it make it seem like the thing is doing a good job, but the truth is that in order to kill that many bugs, the light has to attract bugs. And it doesn't kill as many insects as it attracts, so you're basically turning on a giant bug beacon in your backyard. And if you want to take advantage of your darker, buzz-free backyard, here's How to Transform Your Backyard Into a State-of -the-Art Summer Movie Theater. 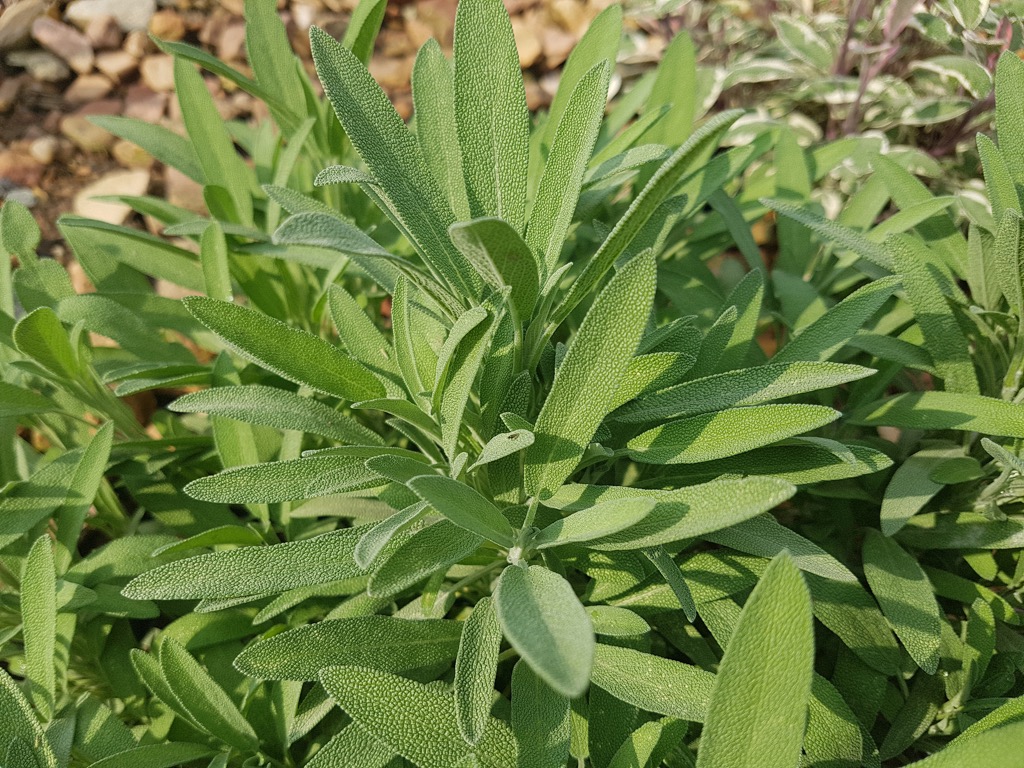 Burning sage is often used to "cleanse" a room or get rid of bad vibes, but it's also a useful mosquito repellent. Research published in Malaria Journal found that it's about 40 percent effective at keeping mosquitos at bay, which is better than nothing. But if you really want to keep the little pests away, burning thyme was found to be 85 to 90 percent effective at repelling mosquitos. So, the next time you light up the grill or get the fire pit going, chuck a handful of herbs on the fire to create a natural mosquito repellent with a pleasant smell. And if you really want to chill once you've got the sage burning, check out The 50 Best Ways to Relax With Your Partner.

When mosquitos aren't sucking blood, they're feeding on flower nectar, so your flowery perfume could be luring them in. There is one exception, though. Research published in the Journal of Insect Science inadvertently discovered that mosquitos hate the smell of Victoria's Secret Bombshell. In fact, the perfume was nearly as effective as DEET at repelling mosquitos over the course of two hours. And if you're looking for other perks to giving up perfume for the summer, check out 20 Habits That Make Dry Skin Worse.

Mosquitos are most active right around dawn and dusk, possibly because the wind tends to die down. So, if at all possible, avoid spending time outdoors during these mosquito-heavy times of day to reduce your exposure to the little creatures.

If you'd prefer to steer clear of chemicals entirely when it comes to mosquito repellants, forget about eating garlic or rubbing yourself with plant leaves or whatever else you've heard. There's one clear, scientifically proven plant extract that is as effective as DEET at keeping bugs away: PMD, a compound found in lemon eucalyptus oil, is a highly-effective mosquito repellant, according to the Centers for Disease Control and Prevention. However, it's important to note that, unlike DEET, which can be used on children from two months onward, lemon eucalyptus oil should not be used on children under the age of three.

You might not realize it, but there's a chance your yard is a breeding ground for mosquitos. All it takes is a little standing water for them to lay their eggs, so make sure that you store buckets upside down, keep trash cans covered, and don't leave kiddie pools hanging around. Another frequently overlooked place for water to pool is in the saucers underneath potted plants, so check those for standing water to make sure you're not setting yourself up for an infestation. 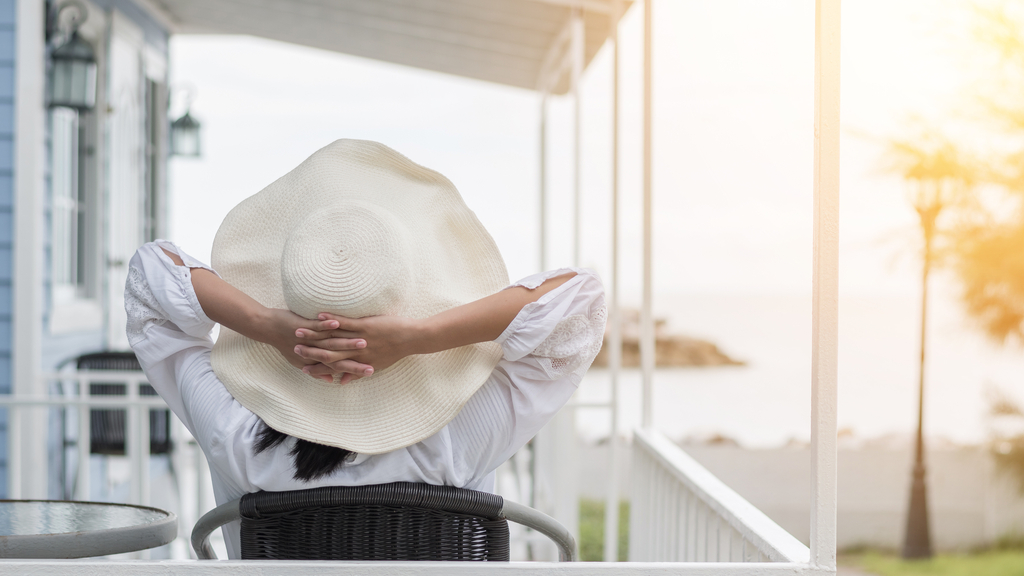 You might not think it's particularly attractive to walk around in light-colored baggy clothes all summer, but mosquitos can actually bite through tight, skin-clinging clothing. The only trick is to make sure that your pants are tucked into your boots and your sleeves are buttoned before you head into heavily infested areas. Otherwise, bugs will still find a way to bite you. 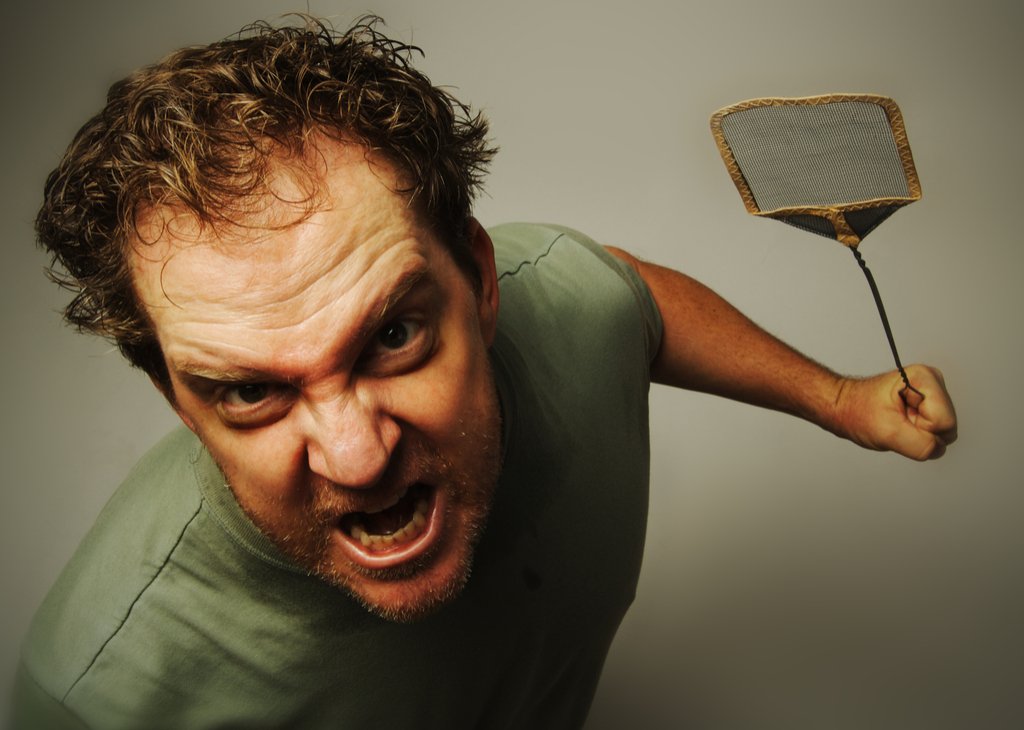 Swatting at bugs as they approach you is more than a great way to let off some steam, it's also a pretty effective method of repelling insects. While you might have thought that taking a swing at a bug is more likely to make it bite you because it goes into attack mode, research published in Cell actually found that it's a great method of averse conditioning, meaning you're actually getting the mosquitos to associate your smell with an unpleasant experience. Have at it!

Mosquitos might be disease-laden, tenacious pests, but what they aren't is particularly good at flying. An astonishingly easy way to keep mosquitos away is to turn a fan on. Because mosquitos tend to be pretty low flyers, it should be a floor or table fan for maximum effectiveness. Turn it on, and mosquitos would rather give up and fly someplace else than try to battle the wind your fan is making.ae0fcc31ae342fd3a1346ebb1f342fcb

17
Go on the Offensive

Most of the tips for preventing mosquitos bites are defensive measures, but an aggressive offense can't hurt, either. Installing a house in your backyard for mosquito predators like purple martins or bats is one way to increase your mosquito-fighting power. 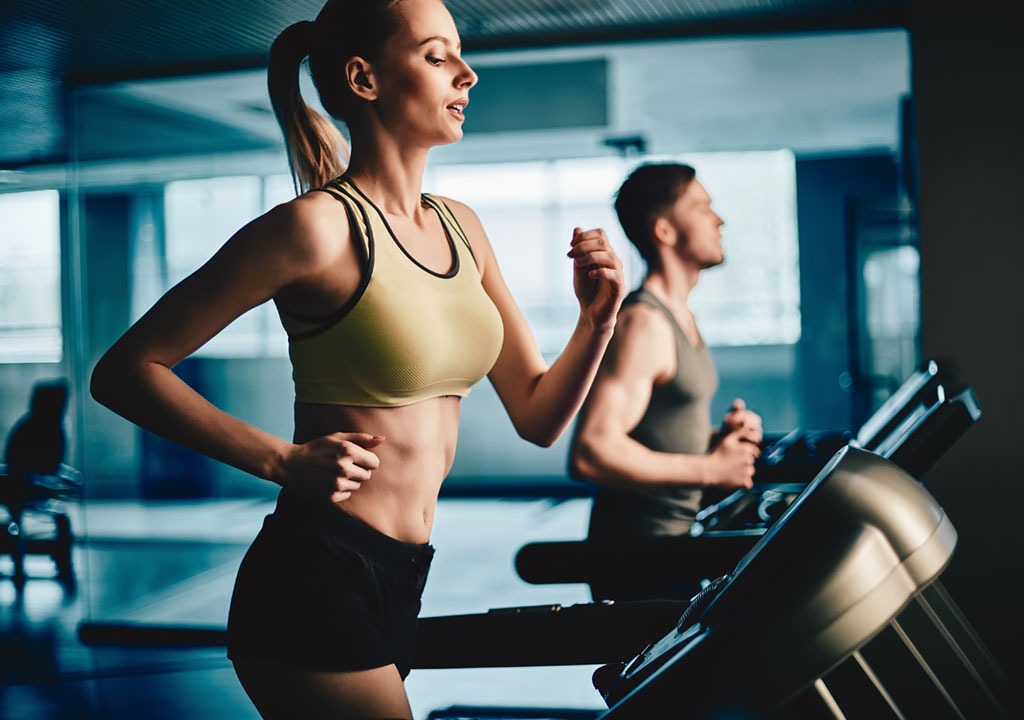 Mosquitos are attracted to heat, carbon dioxide, and body odor. And they can draw blood through tight fitting clothes. This means exercising outdoors in the summer is basically turning your body into a giant mosquito magnet, thanks to your increased body temperature, rate of breathing, and sweat. Hit the gym if you can instead, or at least avoid working out at peak mosquito hours.

Instead of a bug zapper to attract bugs, switch to an LED with a warm temperature to deter bugs. Research published by the American Association for the Advancement of Science found that warm temperature LEDs were just as effective as yellow "bug lights" at keeping mosquitos away, with the added advantage of repelling more stink bugs and earwigs.

As much as you want to avoid getting bug bites, it's also incredibly important to avoid getting a sunburn, so you'll want to apply both sunscreen and insect repellent. However, what might surprise you is that there's an order in which you should do this to increase the effectiveness of both. The CDC recommends applying sunscreen first and insect repellent second for maximum impact. And if you want to keep your body bug-free without breathing in fumes, insect repellent wipes are a great alternative to traditional sprays. And if you want optimal skin protection, learn how to Beat the Summer Sun With These 10 Skin Care Products.