"I came out of it feeling like a totally different person. It changed everything."

Alison Brie, 34, has had quite a remarkable year. Between getting married to actor Dave Franco, and starring as an actress playing a female wrestler in '80s LA in Netflix's Glow, she's riding high on success. But when she spoke to Women's Health recently, it was the grueling exercise regimen that she had to adopt in order to play the part that she credits most with her newfound happiness.

"Growing up in L.A., both my sister and I had sort of touch-and-go body issues, some mildly recurring body dysmorphia," she said. As such, she initially believed that hardcore strength training wasn't for her, because she didn't want to be big and bulky. Now that she's doing 80-pound split squats, however, she "feels like strength is beautiful, rather than that stick-skinny is the beauty standard."

A lot of eating disorders center around a need to feel in control. Exercise (if done properly) provides a healthy way to channel that compulsion, and may make you feel more in control of your life as a whole. "Your career will fluctuate; you'll have highs and lows. But I can always go to the gym and work out. I'm in control of myself and my body," she said. "To be able to throw people and do things like that. I feel like I was building strength outside and in at the same time."

Of course, this positivity and confidence has a ripple effect on someone's entire life.

"I came out of [my workouts] feeling like a totally different person. It changed everything."

Here's Alison Brie's handy guide to getting your best body. And for more great health advice, check out these longevity secrets from the world's oldest people.

When Brie first started working out, she couldn't do a full pushup. Now she can do sets of eight with a chain wrapped around her hips. How did she manage that? By starting slow and building up. Jason Walsh, her trainer, had her practice push-ups against the wall first, and went up from there. In the beginning, Brie did 4 60-90 minute sessions a week, then moved up to five, increasing the weights every week.

2
Use a Landmine to Help You With Form 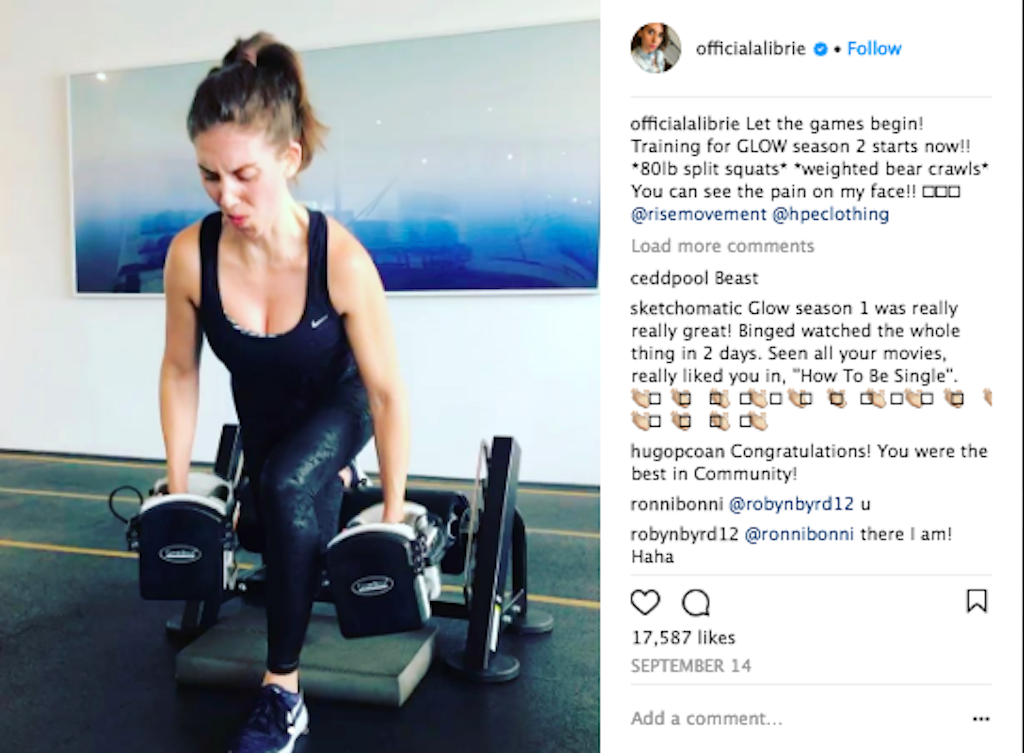 Good form is essential to any workout, so Walsh recommends doing landmine exercises (in which the barbell is anchored to the floor on an angle) because "it's fixed at the bottom, [which] helps you learn proper form from the get-go, and helps with balance." 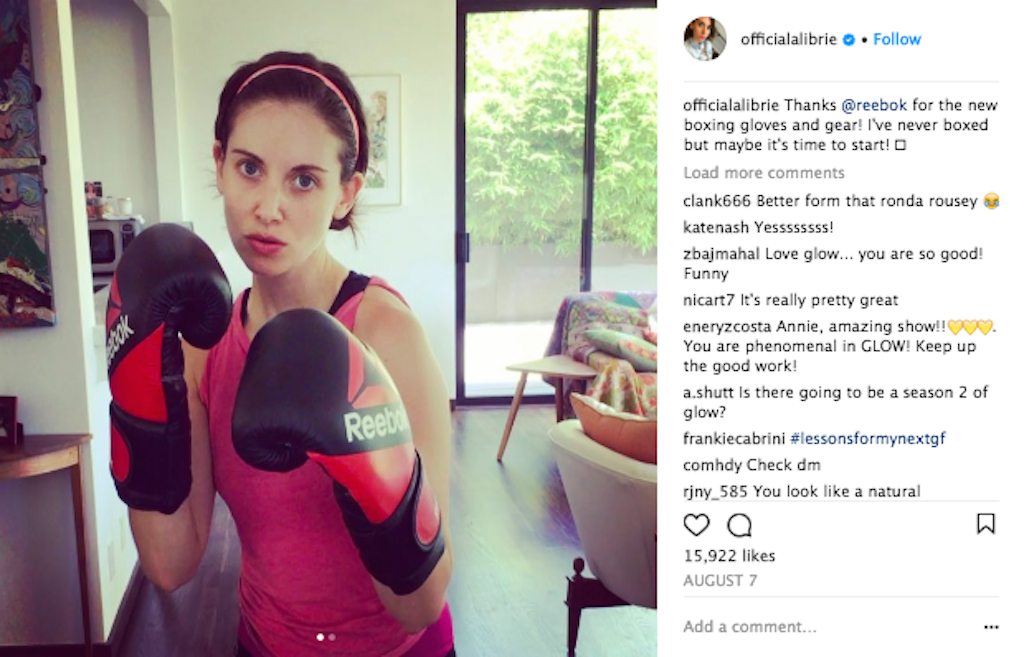 "Varying the stress on your body can maximize strength gains," Walsh said. Your body gets used to the type of exercise you're doing, as well as the load you're carrying, which is why he recommends switching from doing say, 3 sets of 12 to 4 sets of six to keep your body guessing.

4
Use This Rule to Know When to Trade Up 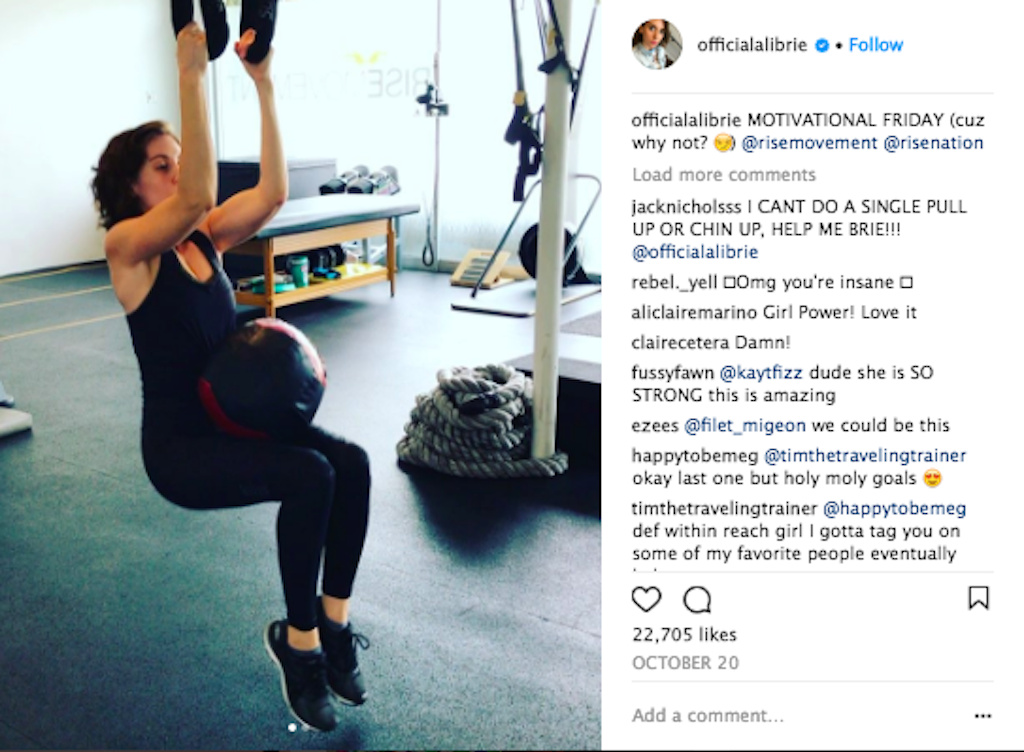 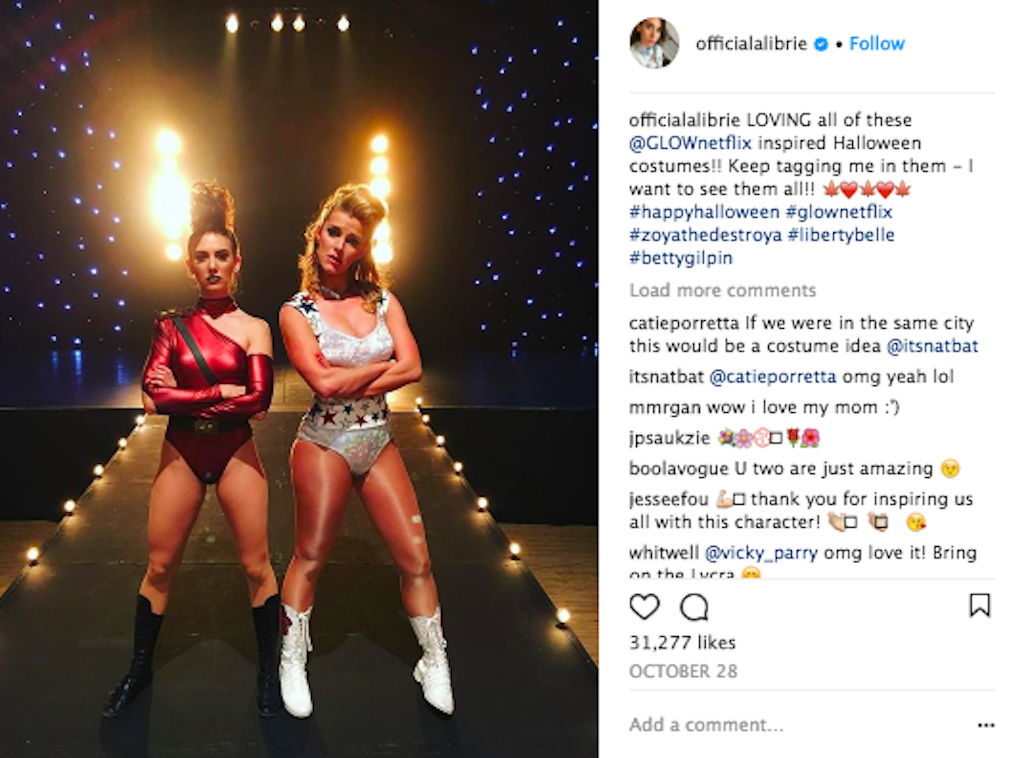 Envy isn't generally considered a good thing, but in exercising, it can be. When losing motivation during a workout, Brie would often think of watching Emily Blunt do three pull-ups in a row while training for Edge of Tomorrow. "I was so in awe—and jealous. She became my template," Brie said. The jealousy served as great motivation.

Diana Bruk
Diana is a senior editor who writes about sex and relationships, modern dating trends, and health and wellness. Read more
Filed Under
Exercises • Healthy Eating • Workouts
Read This Next
Latest News
Read This Next