On Saturday, hundreds of thousands of people all over the world turned out for the Women's March, precisely a year since last year's march, which took place on the day Donald Trump was inaugurated as president.

Buoyed by the anomalously warm January weather, as well as by the brewing #metoo movement that has highlighted the endemic sexual abuse of women, the turnout this year was even better than last. More than 200,000 protesters gathered in New York, 300,000 in Chicago, and 600,000 in Los Angeles, but protests on a smaller scale happened virtually everywhere in North America (most notably, a small town in Nova Scotia held a march consisting of 32 protesters).

As has become customary with protests, participants carried signs that were powerful, punny, and often, pretty hilarious. Here are some of are favorites. And for more on goofy puns, here are the 50 Puns So Bad They're Actually Funny. 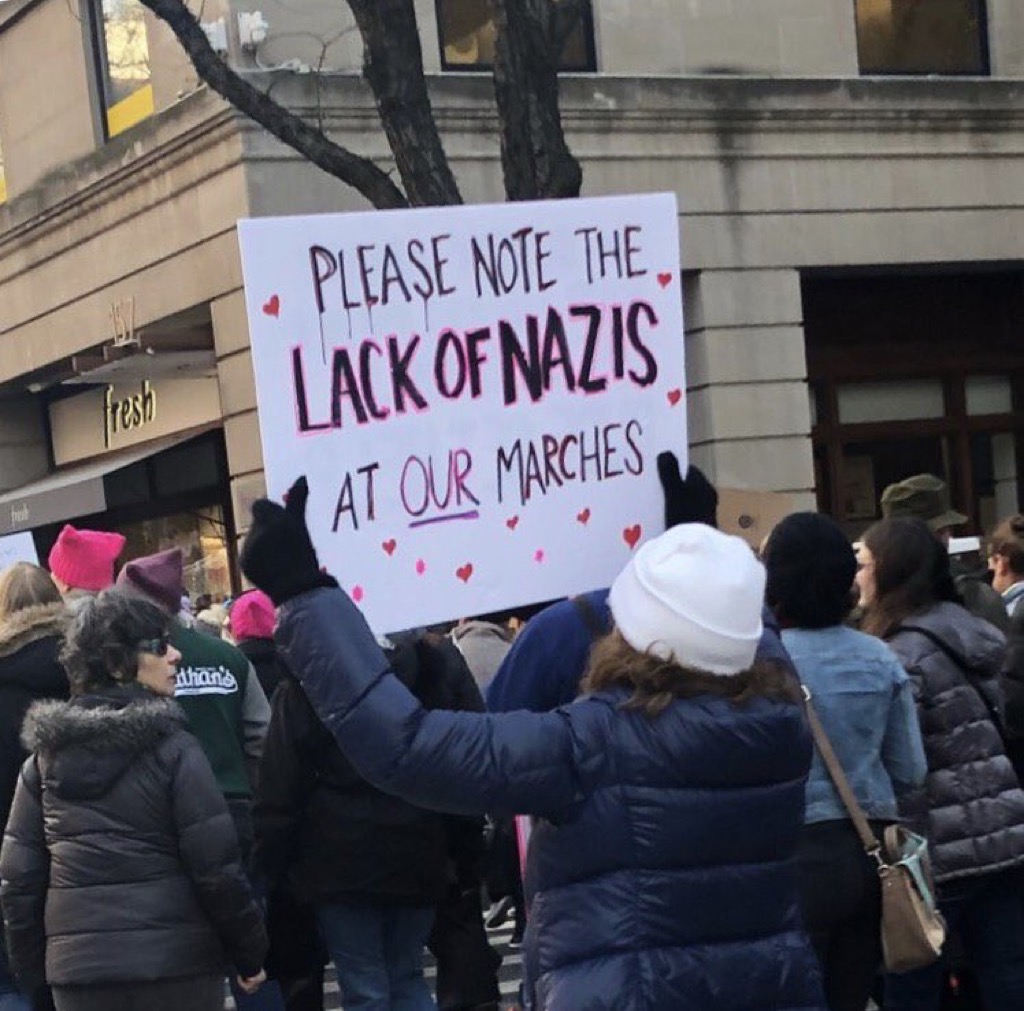 "Please note the lack of Nazis at our marches." Good point. 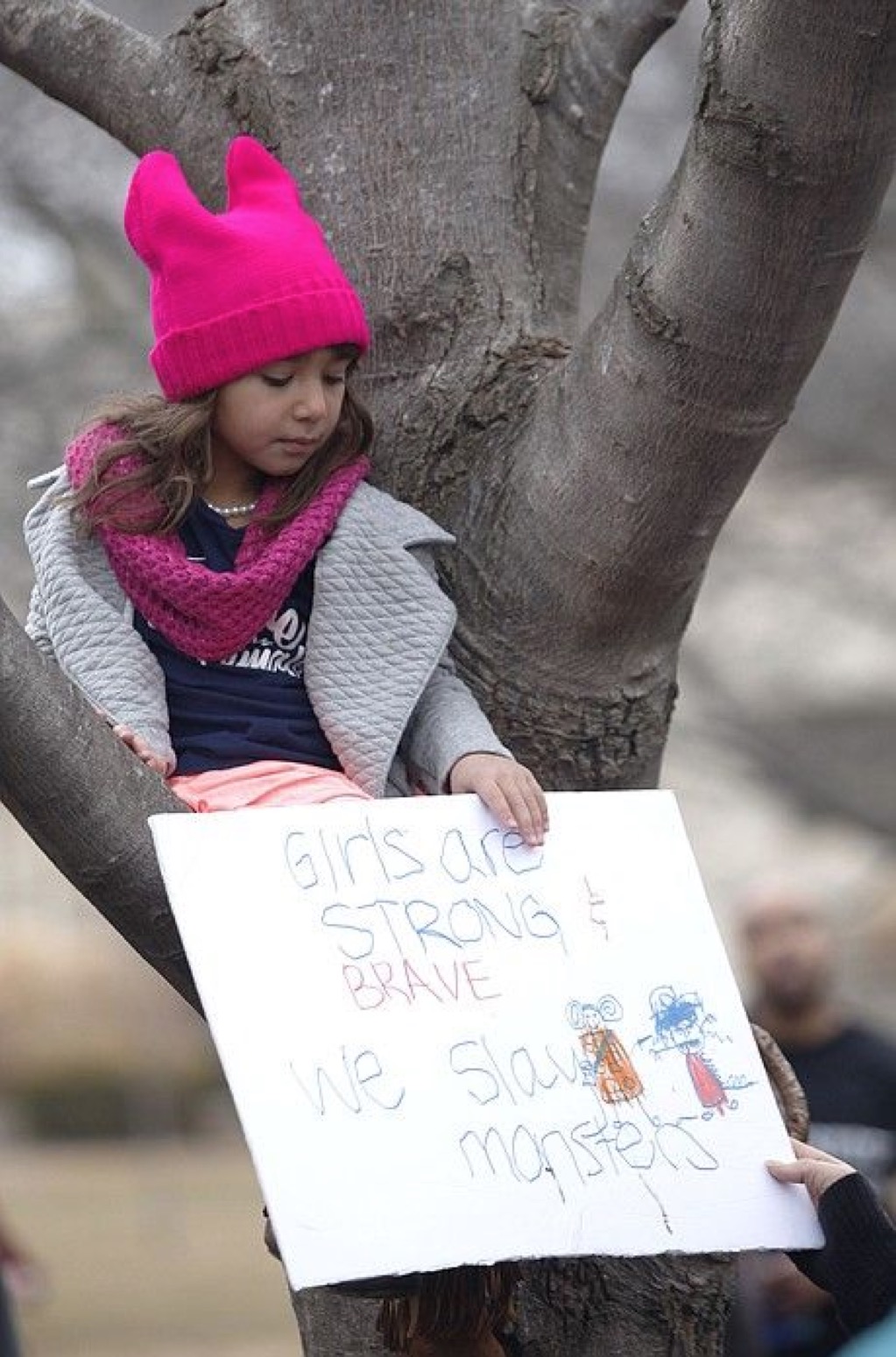 Little girls with signs they made themselves, like this one who slays monsters, are so inspiring. 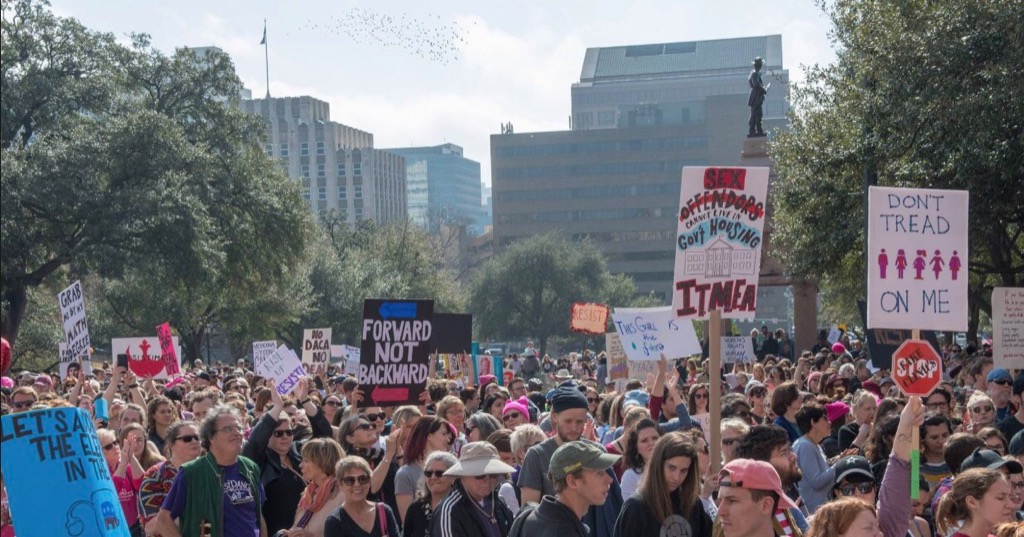 "Sex Offenders Cannot Live in Government Housing," was a popular one in Washington D.C.

4
Rebellion Are Built on Hope 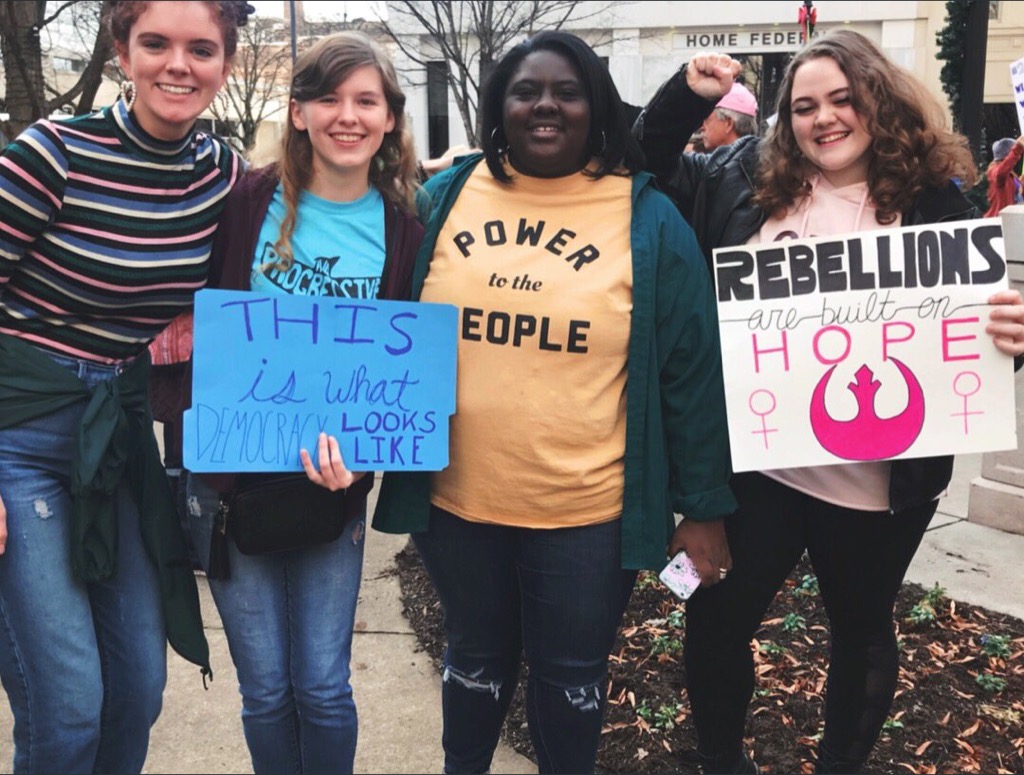 That's what a whole new generation of rebels know. And speaking of a galaxy far, far away, here are The Best New Star Wars Locations You Can Actually Visit. 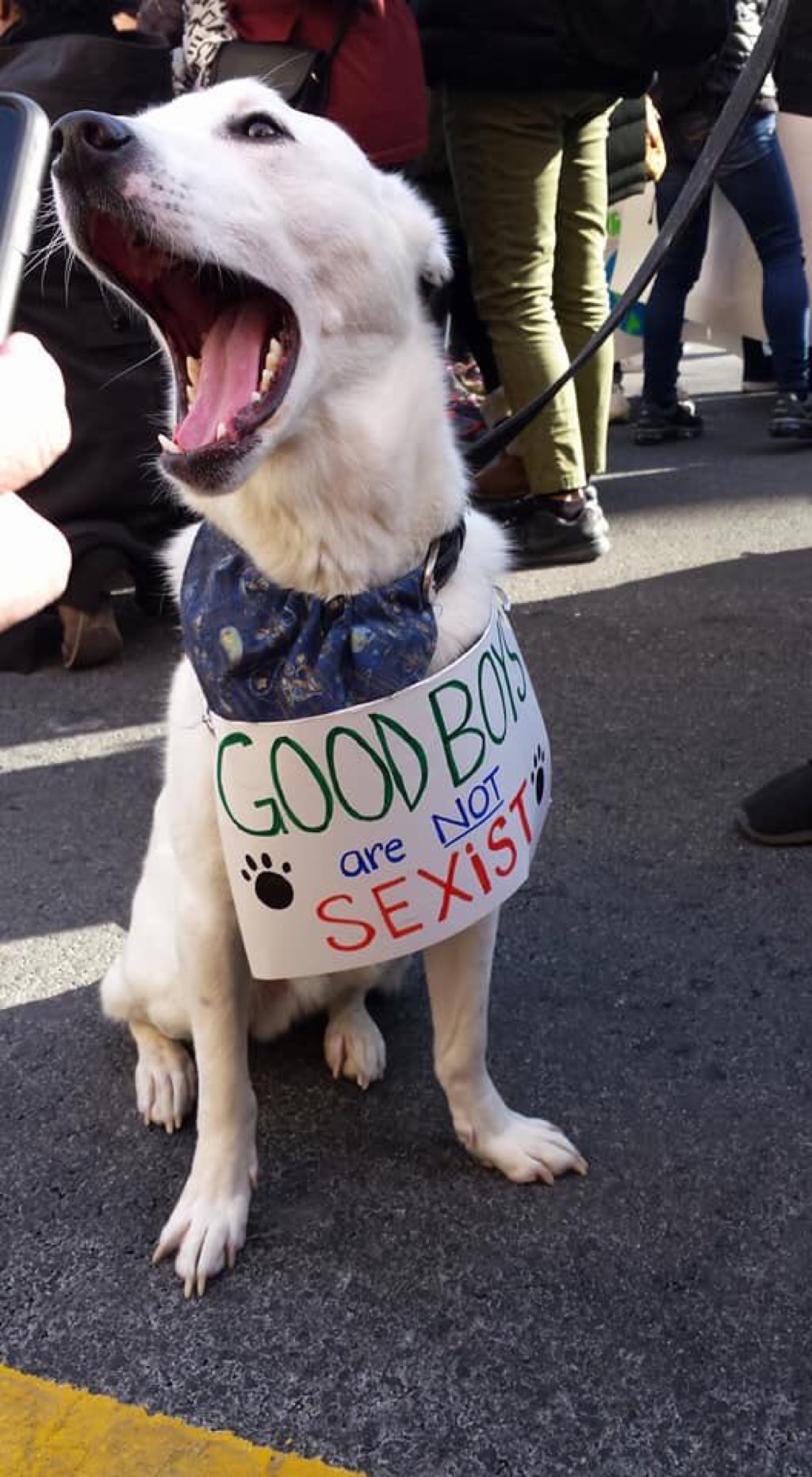 Anyone who isn't sexist! 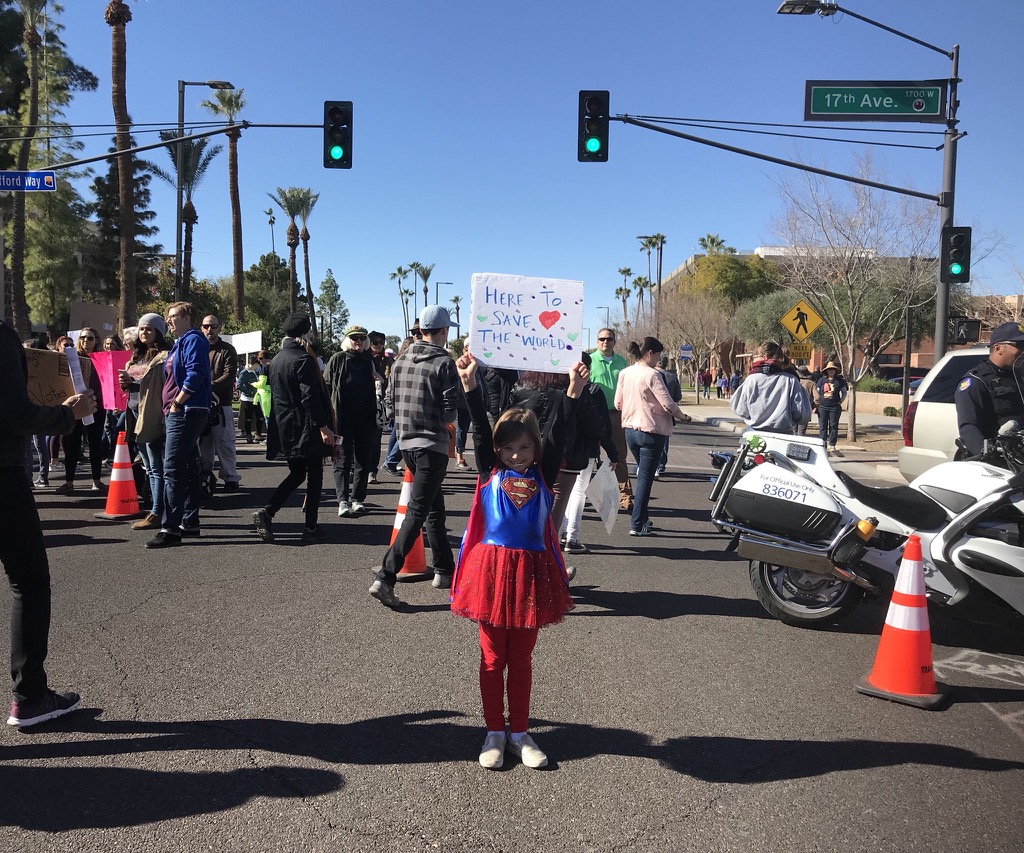 "Here to save the world," she held up while standing in the middle of the street. 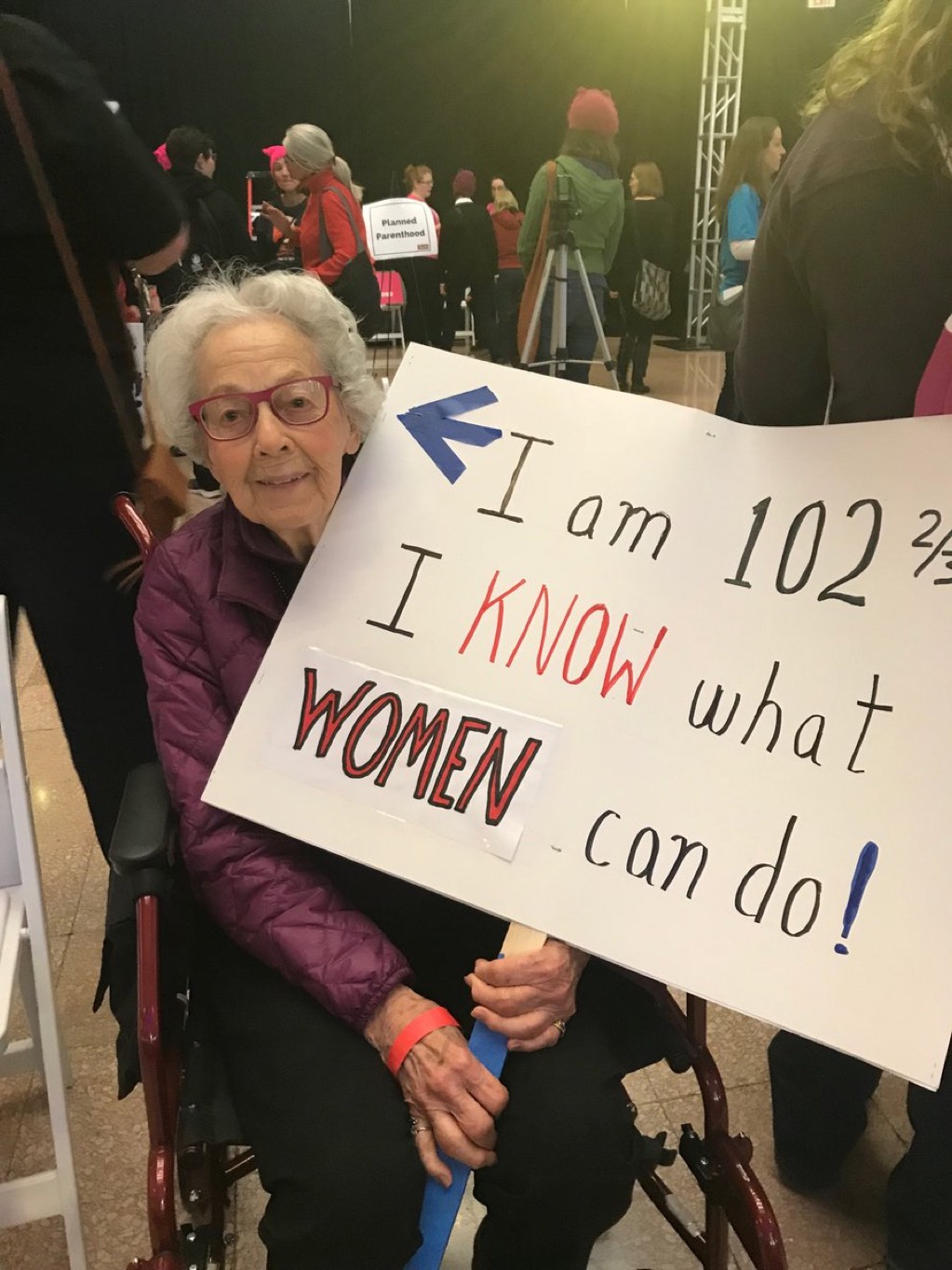 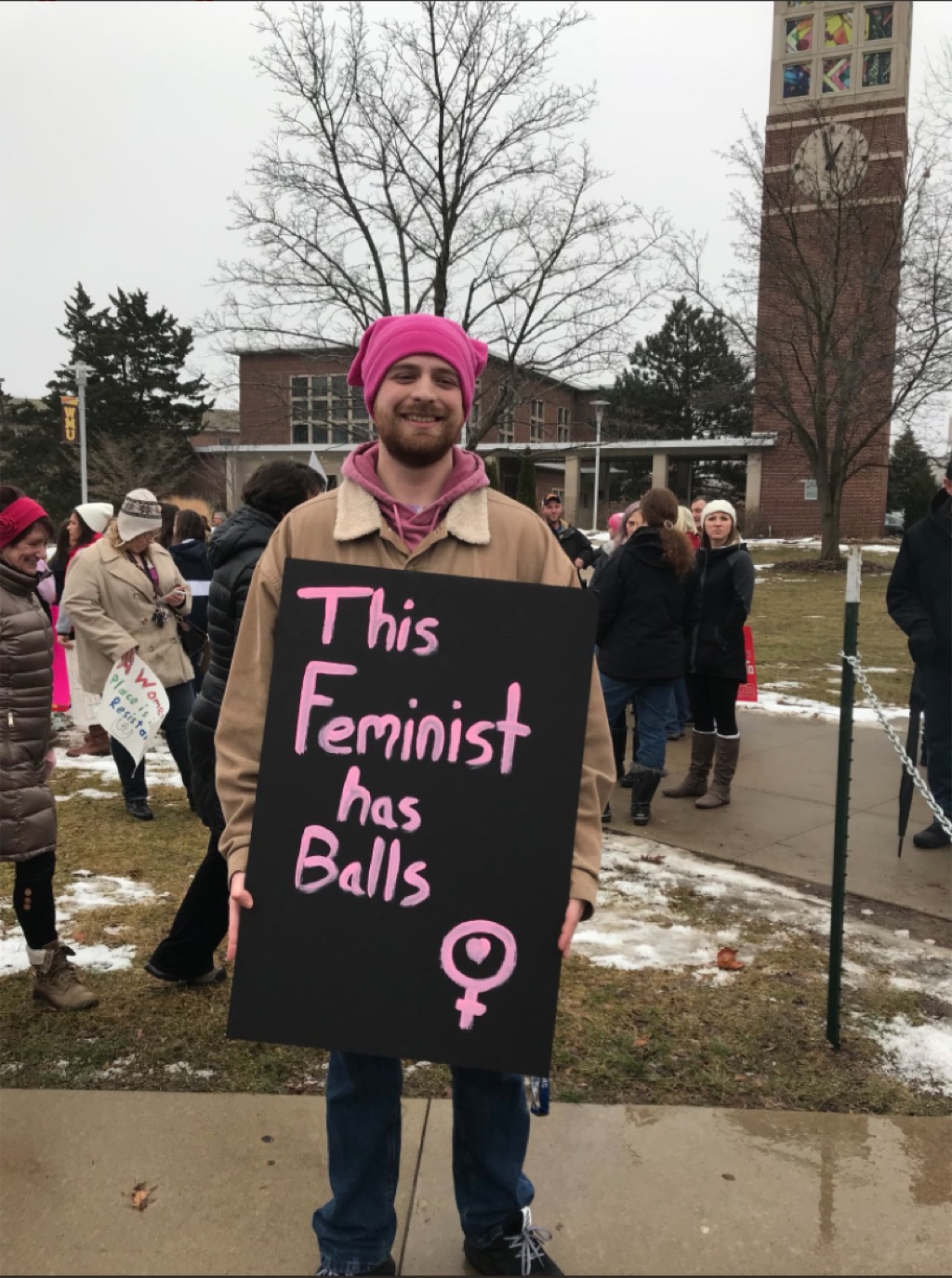 "This feminist has balls." Lots of men joined in on the movement! 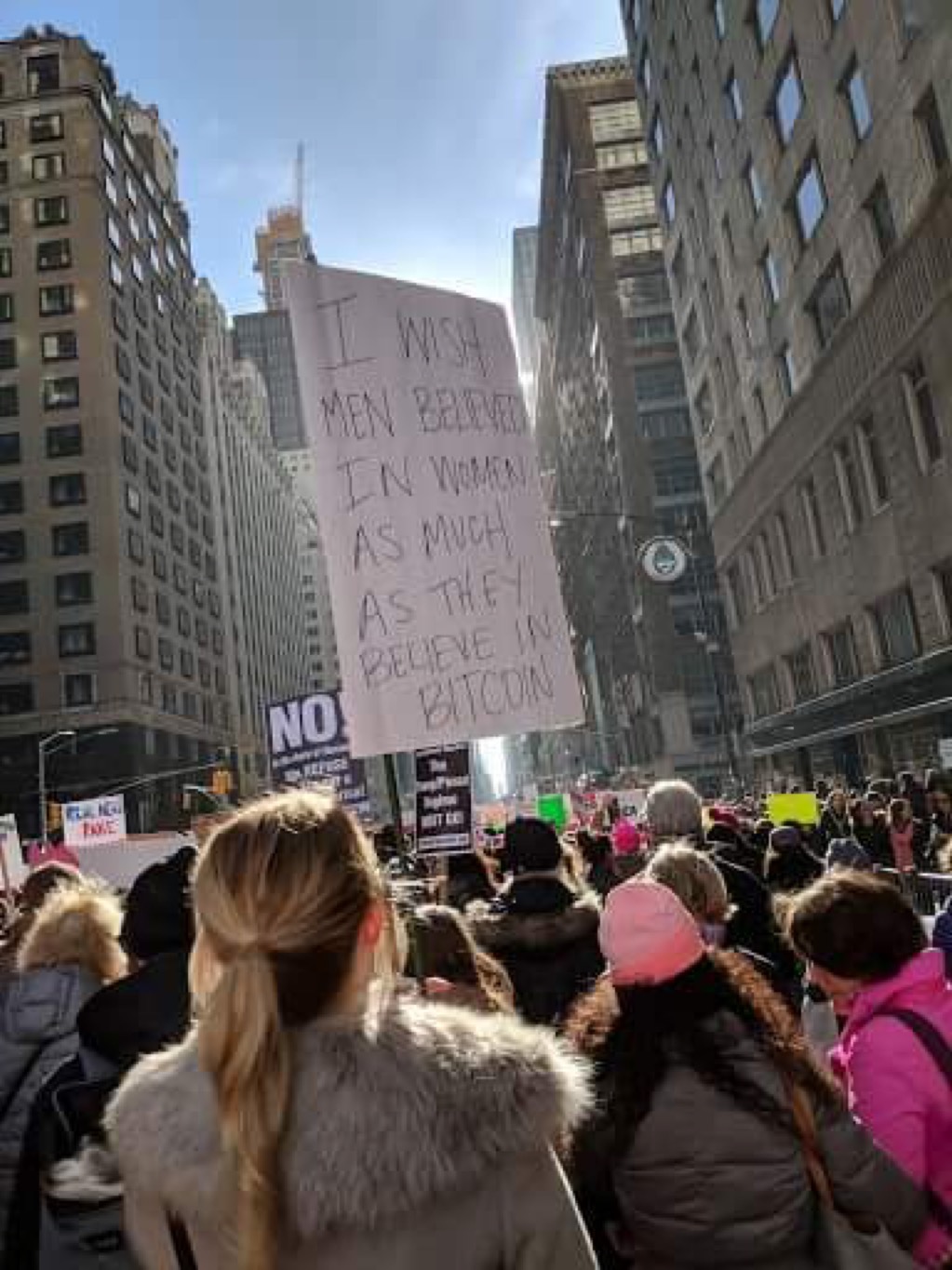 "I wish men believed in women as much as they believe in bitcoin," was another popular one. 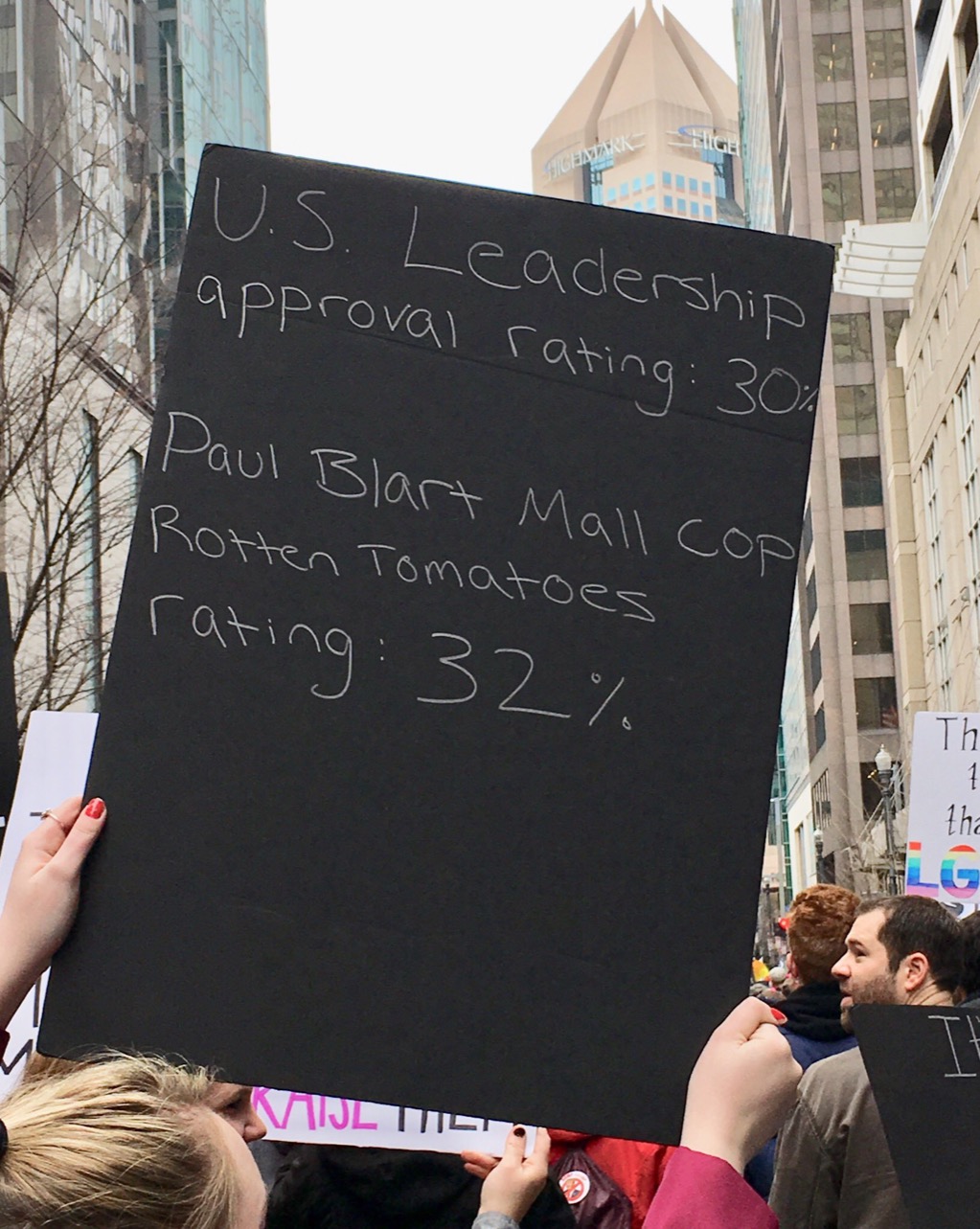 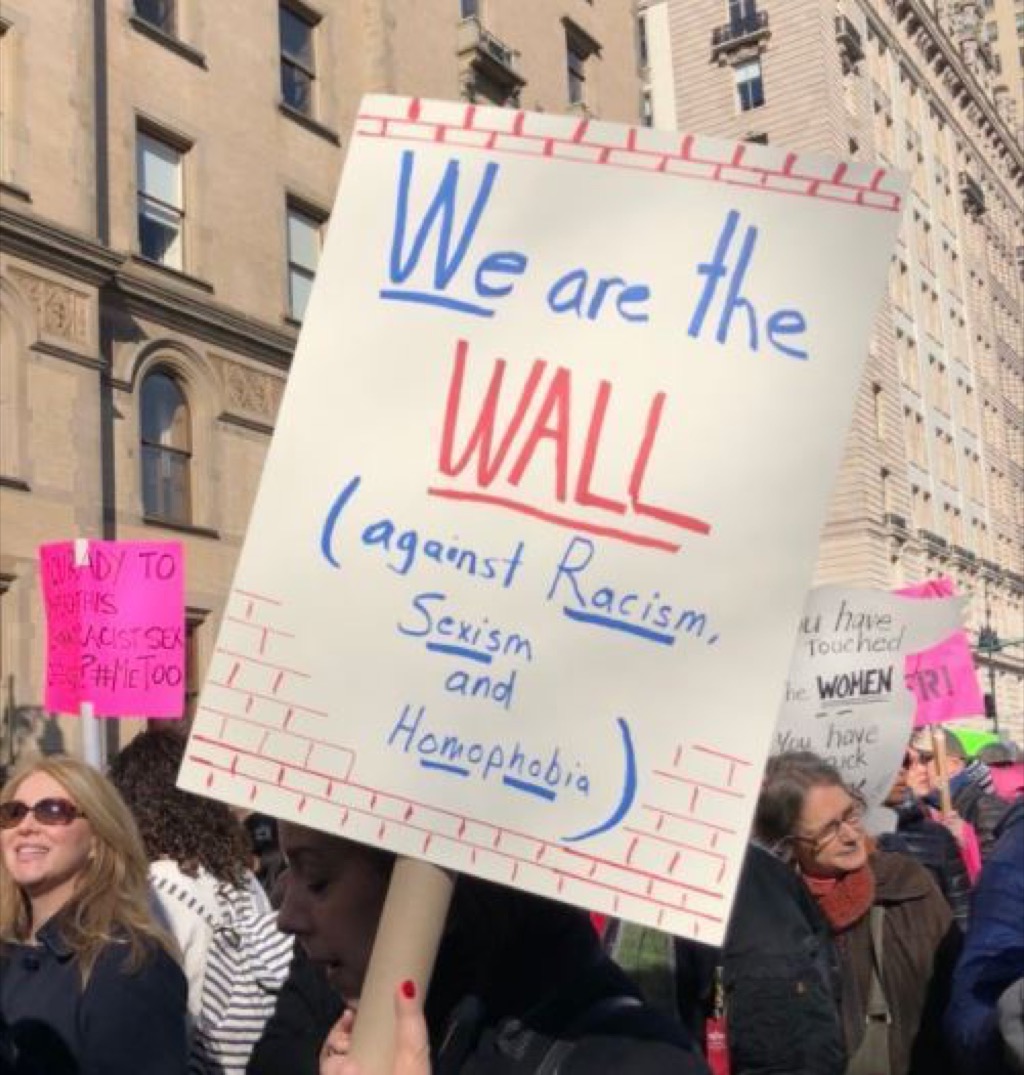 "We are the wall (against Racism, Sexism, and Homophobia)."

12
Women Are The Wall 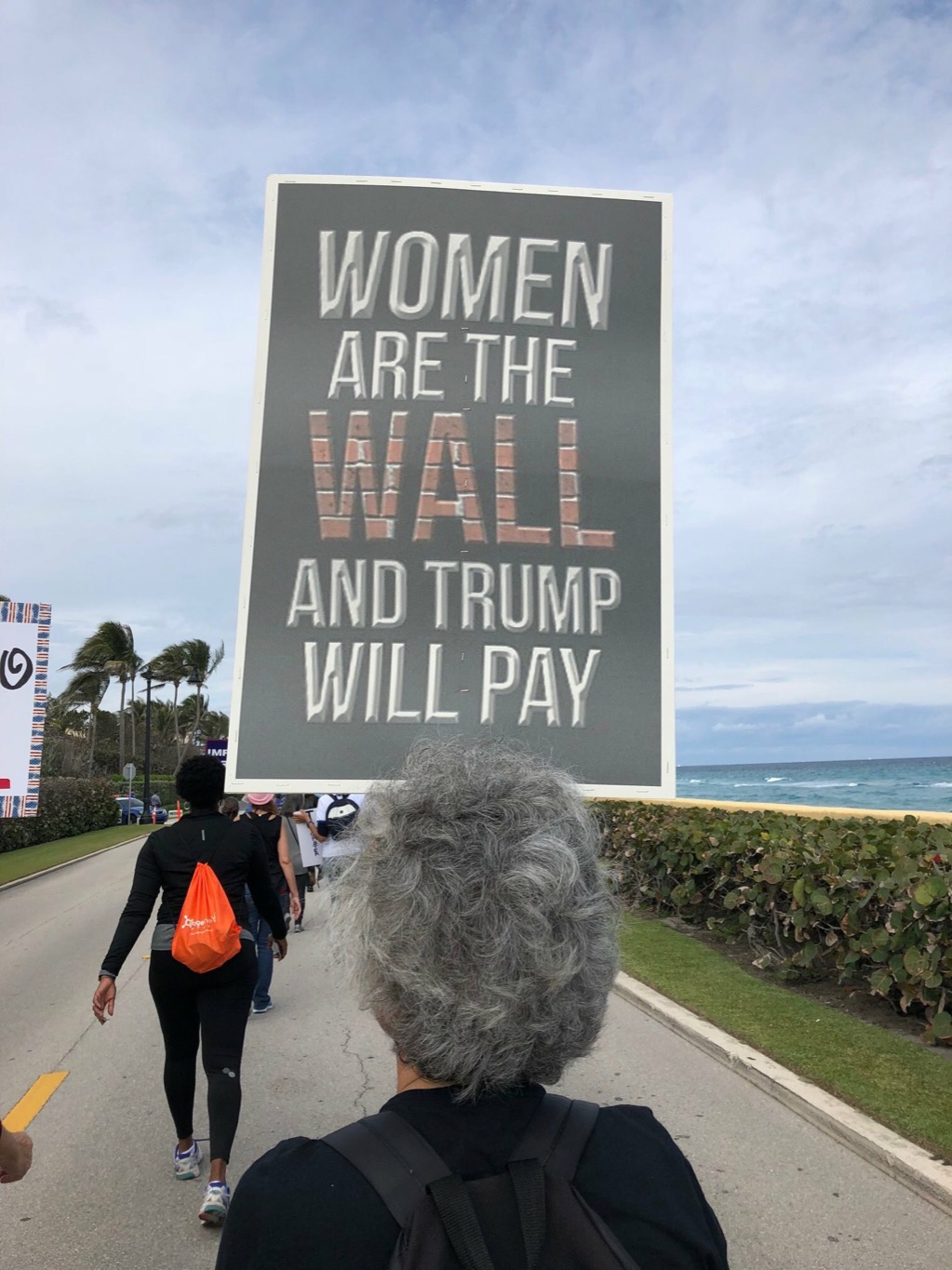 "Women are the wall, and Trump will pay," one sign said. 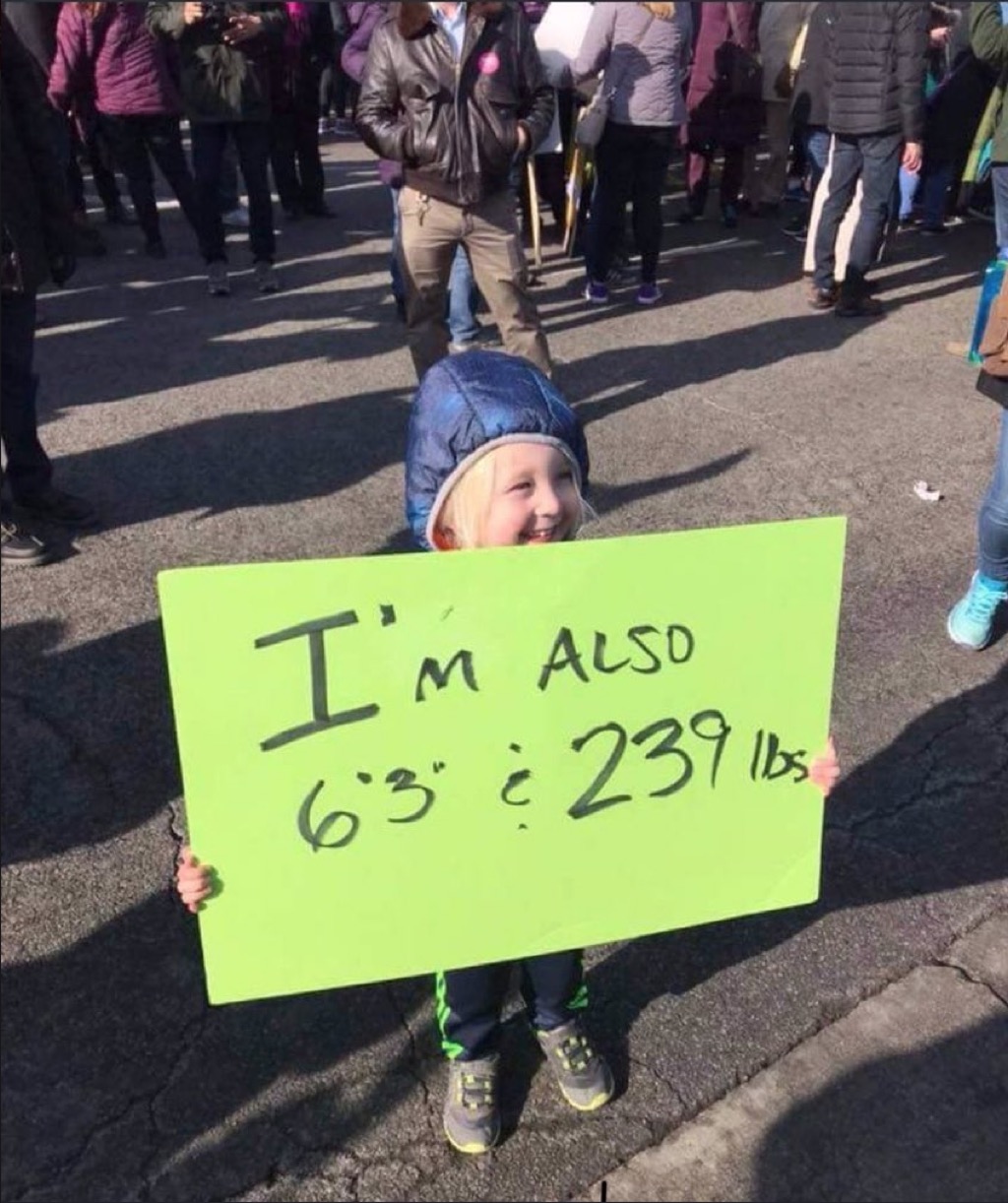 "I am also 6'3" and 239 pounds" this mini #girther claimed. And for more context behind her burn, here's Why the Internet Can't Stop Talking about President Trump's Weight.

14
A New Meaning for an Old Acronym 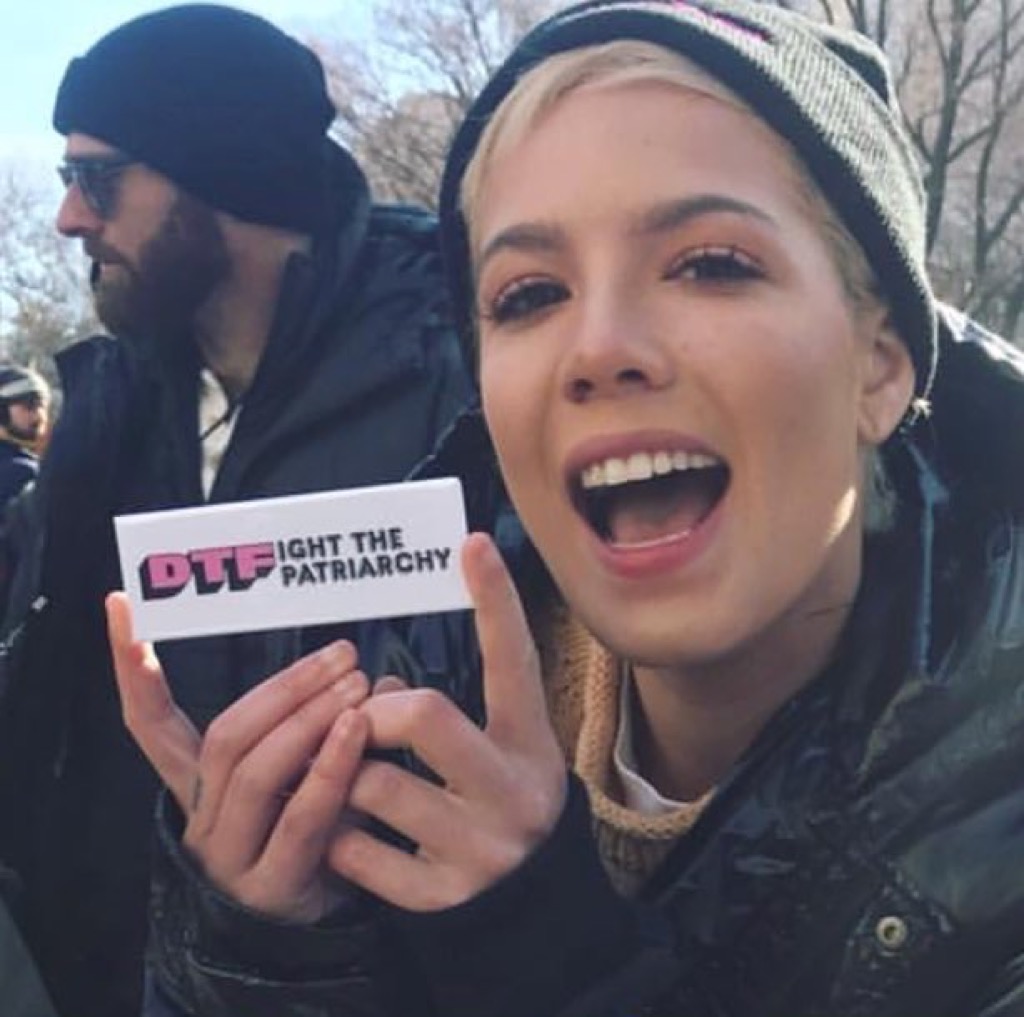 Singer Halsey held up a sign that said, "Don't Fight the Patriarchy." 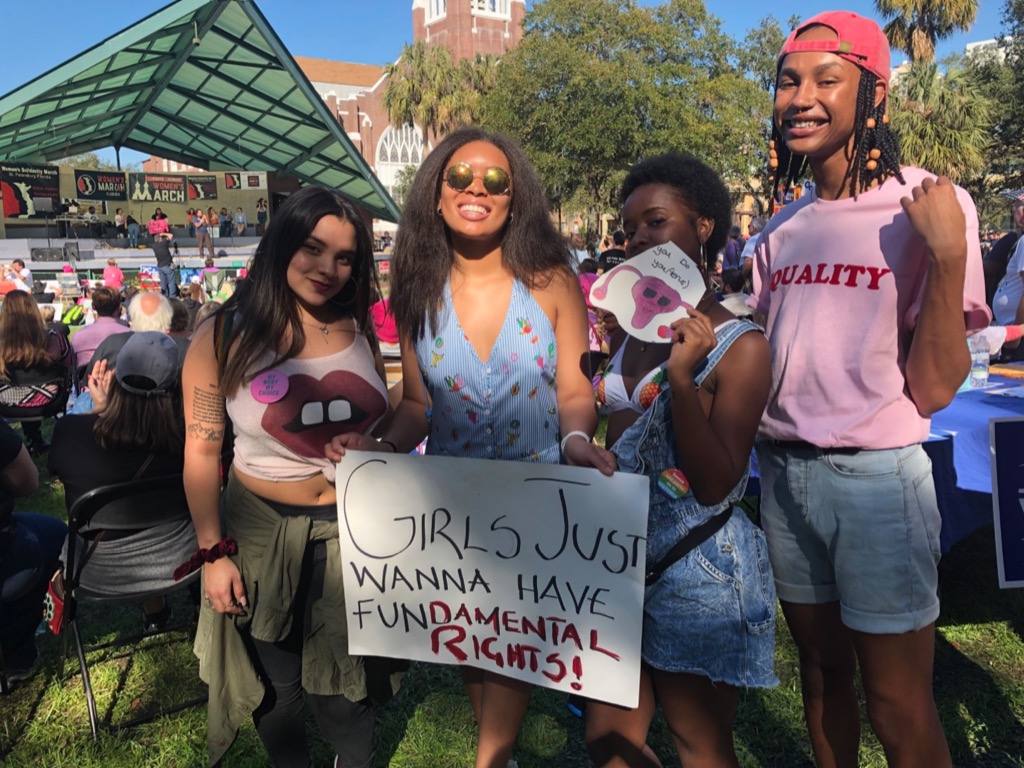 "Girls just want to have FUNdamental rights," was another popular sign. 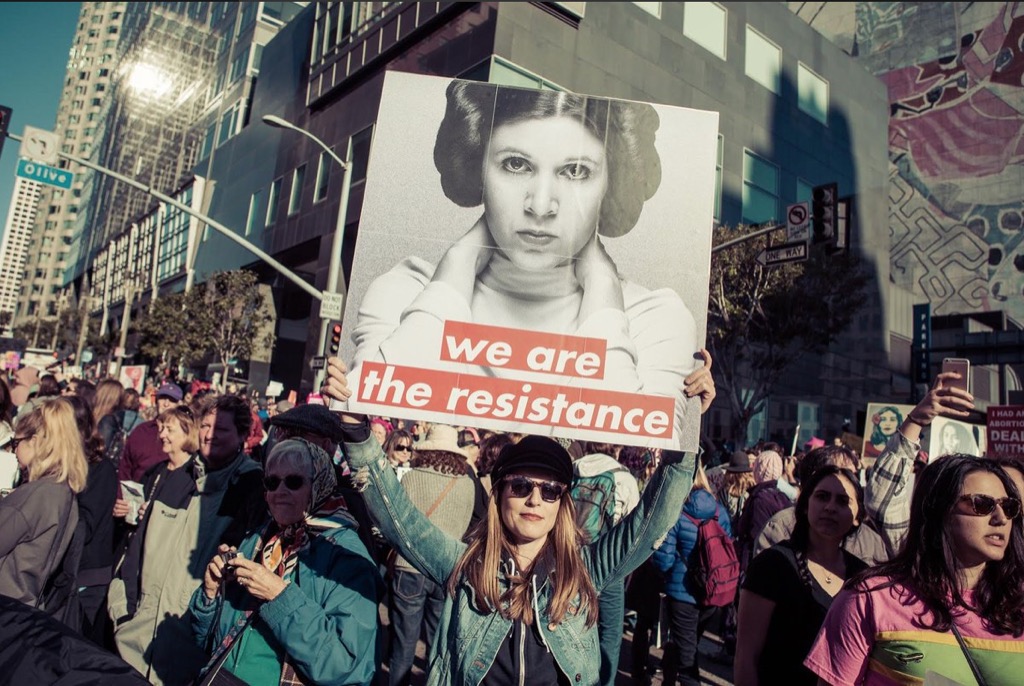 There was a LOT of Princess Leia around. "Carrie would have been SO proud," Mark Hamill wrote. 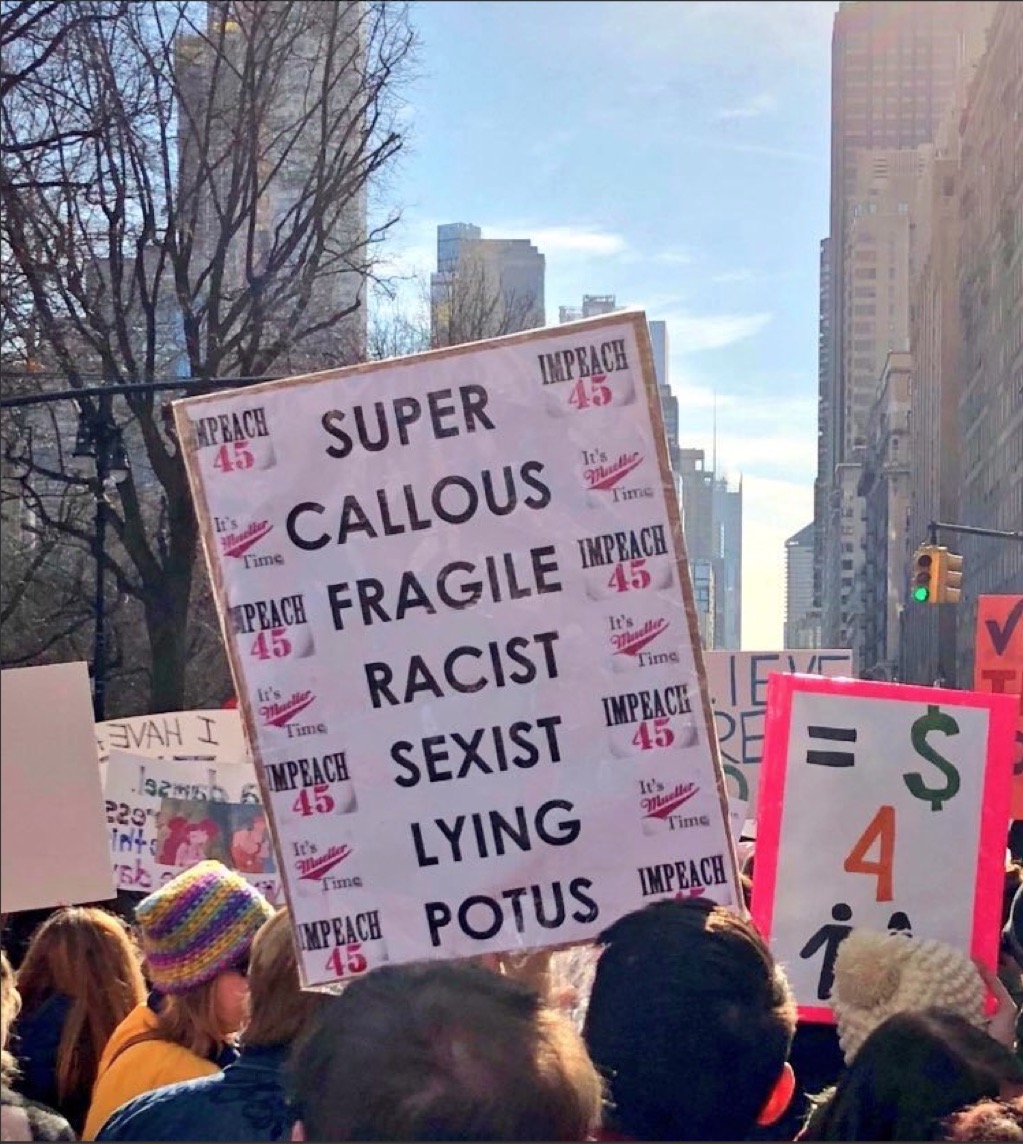 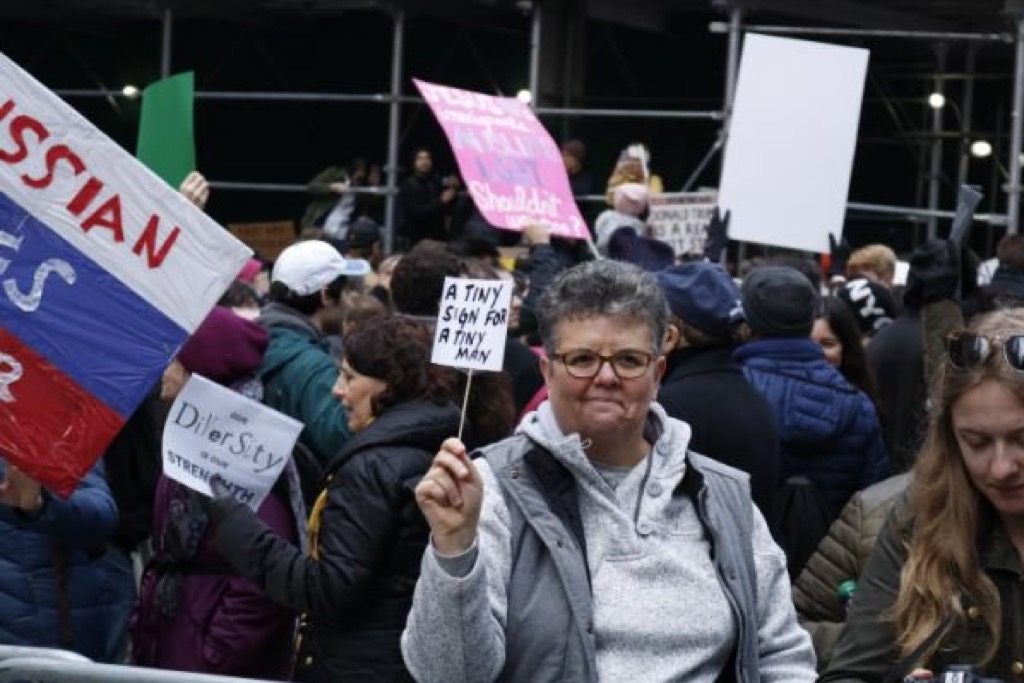 "A tiny sign for a tiny man," this woman's pocket-sized meta-sign said. 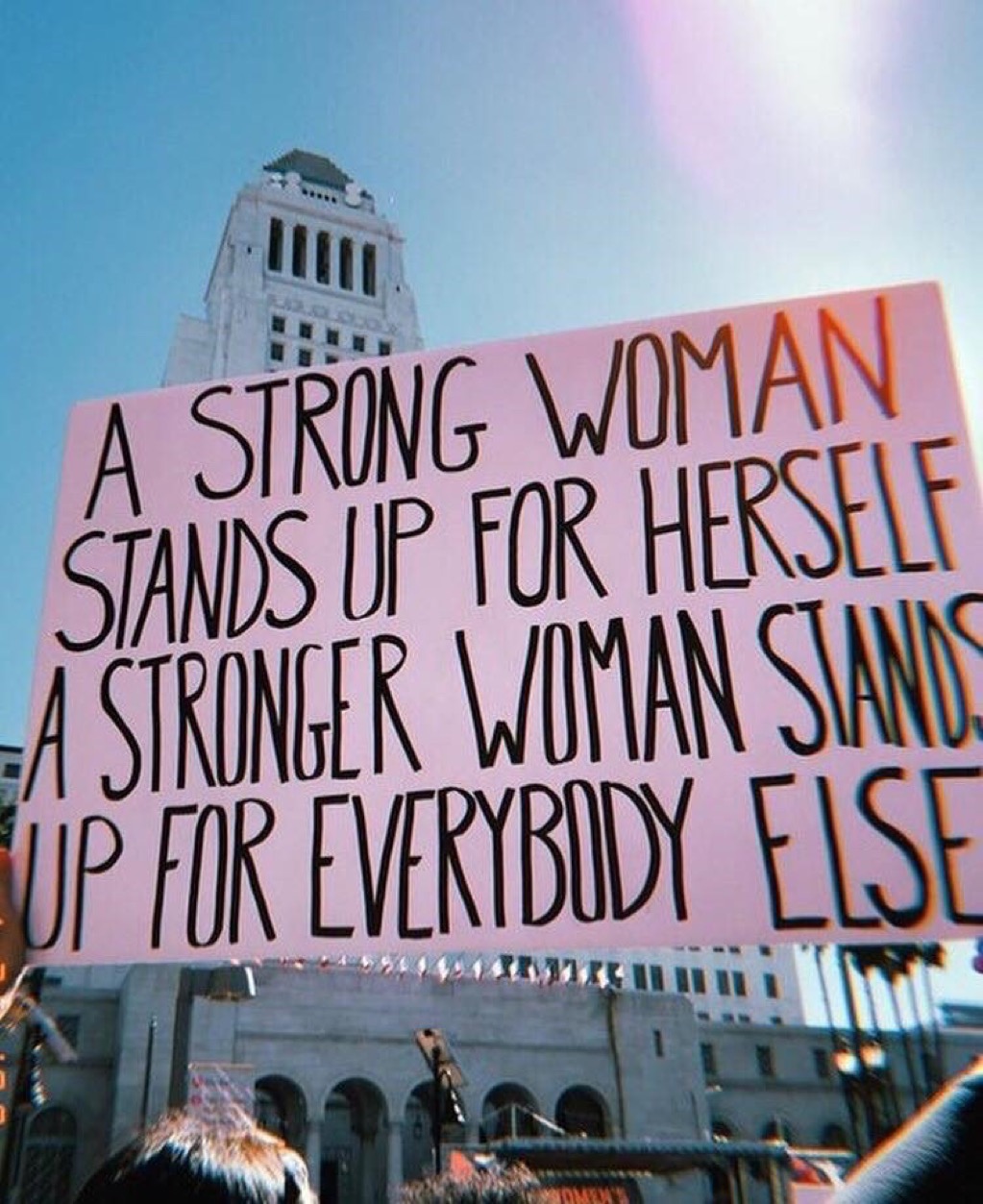 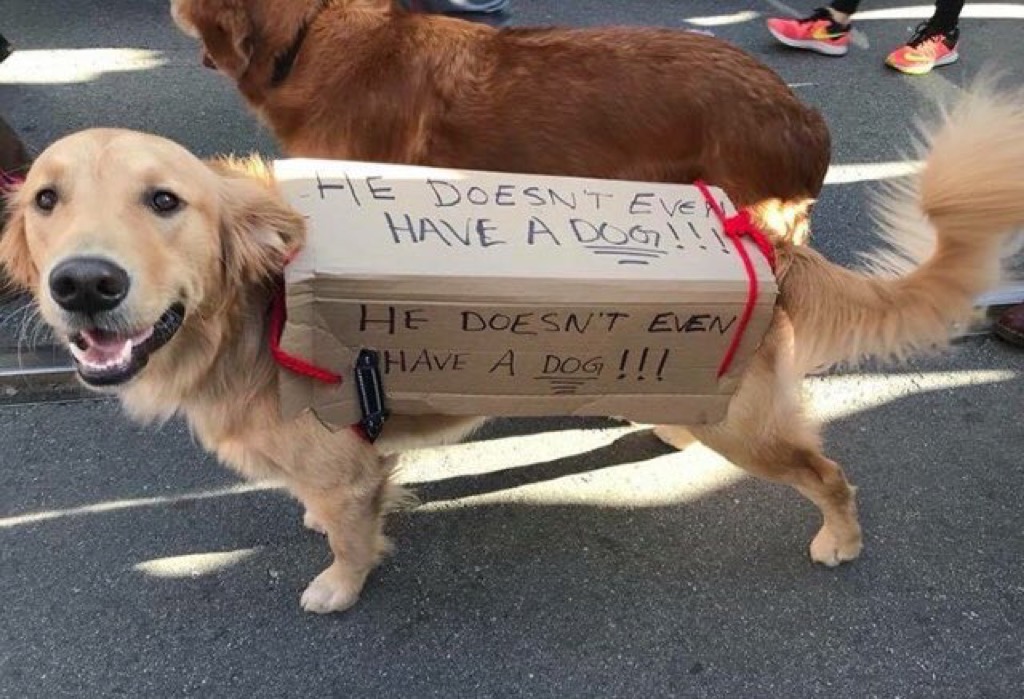 Seriously though, he doesn't even have a dog. And here's why he needs one!

Diana Bruk
Diana is a senior editor who writes about sex and relationships, modern dating trends, and health and wellness. Read more
Filed Under
Entertainment • News • Women
Read This Next
Latest News
Read This Next